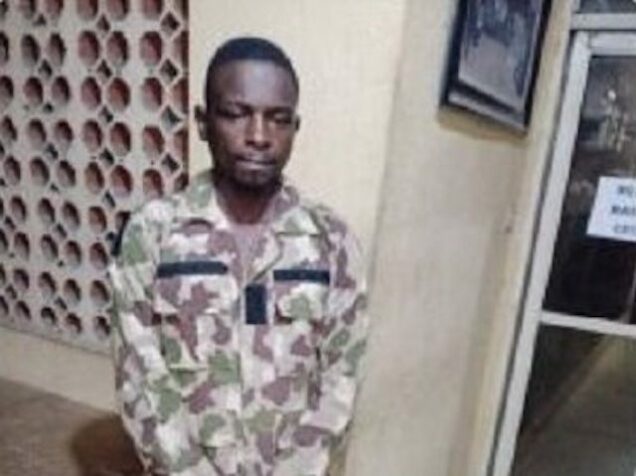 The police command in Lagos State said it has arrested a 28-year-old man, Samuel Msughter on the Epe/Ijebu Road for allegedly impersonating a military officer.

He said the suspect, who was fully dressed in military uniform, was arrested while escorting goods to its destination.

“The suspect specialises in escorting goods in full army uniform.

“However, investigation is ongoing to unravel the full extent of his criminality, especially with the uniform.

“The suspect will be charged to court at the end of investigation,’’ Hundeyin said.