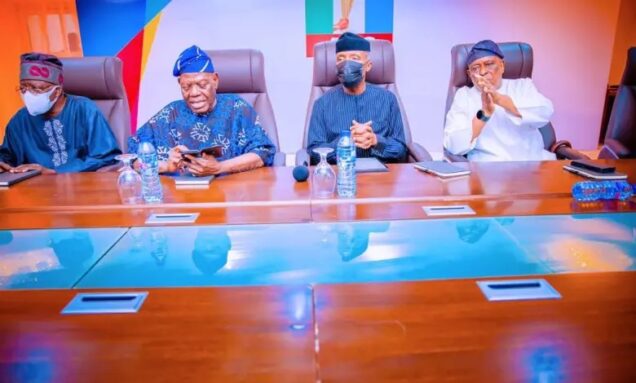 All the presidential aspirants in the APC from the South West have pledged to work together to ensure that the 2023 presidency does not elude the region.

Chief Bisi Akande, one of the conveners of the South West All Progressives Congress meeting in Lagos, disclosed this in Lagos on Friday night.

Akande said the meeting charged all the presidential aspirants from the zone to ensure the presidency does not elude the region in 2023.

Akande told journalists that the meeting was successful and the leaders and aspirants had frank and honest discussion on how they must work together to ensure the South West gets the presidential ticket of the APC.

“We had a good meeting and made my desire to see the presidency comes to the South West clear to all the aspirants.

“We told them to eschew anything capable of causing disunity.

“We also made it clear they must be guided in their public utterances against one another and avoid disparaging statement against themselves,” he stated.

Chief Akande did not entertain questions from journalists after his brief address, reports WesternPost.

APC had announced May 30 to June 1 as dates for its presidential primaries.