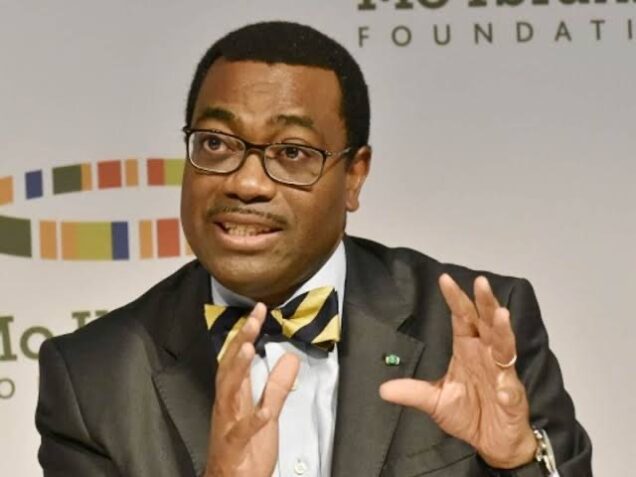 A Coalition of 28 groups has paid N100 million into the coffers of the All Progressives Congress to pick the presidential forms for Dr. Akinwumi Adesina.

Adesina, former Nigeria’s Minister of Agriculture, is the President of the African Development Bank (AfDB).

He has neither shown any affiliation to the APC nor declared his intention to contest for the office of the President in the 2023 general elections.

But the coalition believes he is most qualified to be the next president.

It said the challenging situation of the country informed their call for Adesina to join the race.

To demonstrate the coalition’s seriousness, its leader Ademola Babatunde showed a copy of the N100 million payment acknowledgment slip of the APC issued in the name of Adesina, to NAN.

Babatunde told NAN that the coalition was set to obtain the APC Presidential Nomination and Expression of Interest forms for Adesina on Sunday.

He listed some of the groups obtaining the nomination form as One Nigeria Group, Prudent Youth Association of Nigeria, women groups, farmers, people with disabilities and other civil society groups.

Babatunde, who is a former presidential candidate of the defund Nigeria Community Movement Party (NCMP) in the 2019 presidential election, said that the groups believed in Adesina’s capacity to fix the challenges bedeviling the country.

“We are 28 groups, precisely, that came together after very serious consultations, and deliberations on the way forward for a better and united Nigeria.

“We unanimously decided that though the money is outrageous, but if we truly want a better future for ourselves and our children, we must put our resources together to obtain the forms for Adesina.

“We are very much aware of the critical time that Nigerians and our country, Nigeria, are going through.

“If we fail to support a candidate of credible and worthy note, like Adesina, we will eventually hand over this country to mediocre, who will finally destroy our commonwealth.

“This is one of the supports we are fundamentally and passionately determined to render for ourselves by putting Adesina forward to Nigerians,” he said.

Babatunde said that the coalition was fully ready in the coming days to mobilise its stakeholders and ensure support for Adesina to emerge as the flag bearer of the APC.