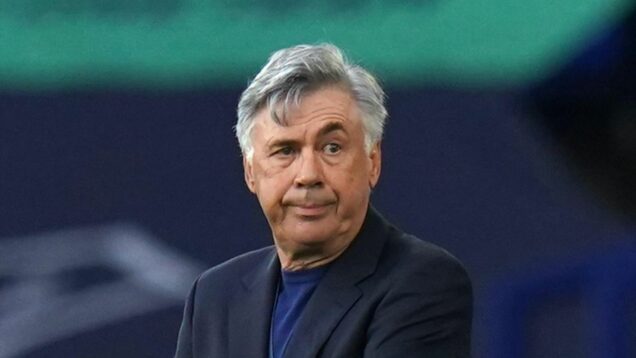 Carlo Ancelotti said he respects Atletico Madrid in spite of the fact the club will not give his side a guard of honour in Sunday’s derby.

Los Blancos celebrated a 35th LaLiga title by hammering Espanyol 4-0 last week before reaching the UEFA Champions League final in the most dramatic of circumstances.

Real Madrid were trailing 1-0 on the night and 5-3 on aggregate to Manchester City on Wednesday before substitute Rodrygo scored twice in injury time.

Karim Benzema scored a penalty kick in extra time to set up a showpiece with Liverpool in Paris.

Following the win over Espanyol, Ancelotti was pictured smoking a cigar when celebrating with his squad —— a photo that went viral on social media.

Asked if he was enjoying a renewed youth in his second spell at Real Madrid, Ancelotti told a news conference: “You can say that [I am enjoying it more than ever].

“At Everton, I didn’t win a title but loved beating Liverpool. Everton are now struggling, we finished quite high up in the table with Everton.

“Real Madrid is different. You could say, yeah, it’s a honeymoon period. I’m still on the honeymoon, a long honeymoon, from December through to May —- hopefully the end of May.”

Real Madrid’s first league encounter since regaining the title is against the side they deposed as champions in the form of Atletico Madrid.

Atletico Madrid had released a statement on Monday saying they would not provide a guard of honour —— an act that is commonplace in Spanish football.

Ancelotti has no qualms about the decision, though.

“I’m not used to this because we don’t see it in Italy. If they do it then great, if they don’t then I still respect the club,” he added.

“I have the utmost respect for Atletico Madrid.”