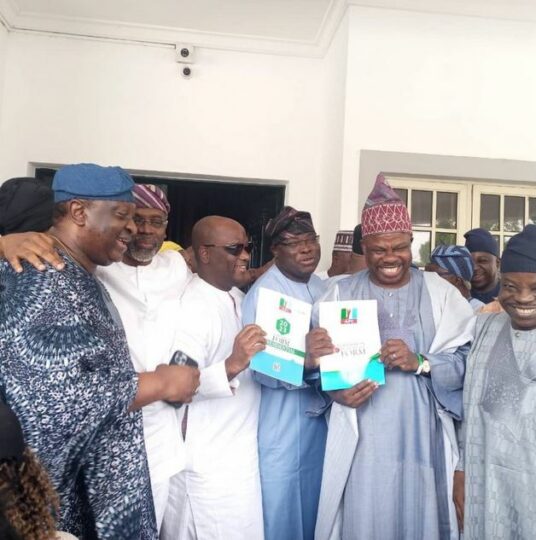 The presidential hopeful was accompanied to the party’s secretariat by the Speaker, Federal House of Representatives, Femi Gbajabiamila, Nigeria Ambassador to the United Kingdom, Sarafa Tunji Ishola, and Senator Tolu Odebiyi among other dignitaries.