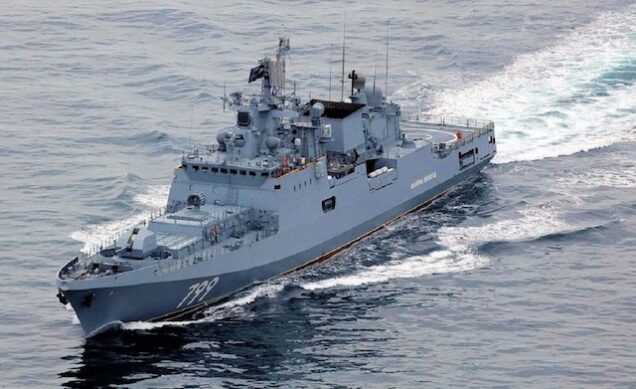 Russia’s Admiral Makarov warship is burning in the Black Sea after it was hit by Ukrainian missiles, Ukrainian officials said.

The frigate would be Russia’s latest naval loss in a troubled campaign, coming after reports that US intelligence helped Ukraine locate and sink the Russian warship Moskva weeks ago.

It was said to have been sailing close to Snake Island in the Black Sea south of Odesa.

Dumskaya, a Ukrainian-state newssite, said Russian forces had sent helicopters to rescue the crew of the ship, said to be 180-strong.

Admiral Makarov is a modern frigate loaded with guided missiles, according to the World Directory of Modern Warships.

If lost, Russia’s frigate fleet will be down to 10.

The Russian Ministry of Defence has not commented on the reports.