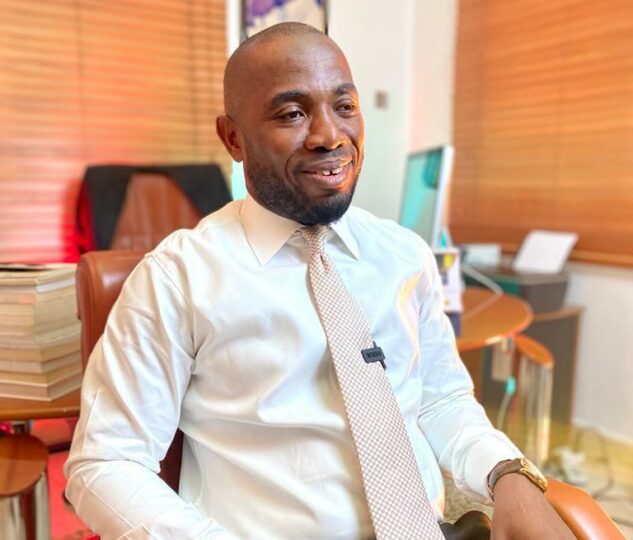 A Niger Delta youth leader and businessman, Richard Akinaka has slammed the Governor of the Central Bank of Nigeria, CBN, Godwin Emefiele, over his continued stay in office despite his plan to join the 2023 presidential race under the All Progressives Congress, APC.

He described Emefiele a morally weak aspirant hiding behind double speak to contest for Presidency and should be disqualified from the race.

While acknowledging the right of anyone with the requisite qualifications to seek political office, Akinaka however said Emefiele vying for political office while still occupying the office of Governor of the apex bank is a gross violation of ethics and gross misconduct.

He pointed out section 9 of the CBN Act, 2007 provides that “the governor and the deputy governors shall devote the whole of their time to the service of the bank, and while holding office, shall not engage in any full or part-time employment or vocation, whether remunerated or not.”

“Politics is a vocation and the CBN Governor is not allowed by law to engage in partisan politics. It is unthinkable that Emefiele, despite his embarrassing failures of managing the country’s economy, still want further wreck the entire country.”

“Every young Nigerian, especially those of us within the age gap bracket of 40 years and below, should be concerned with what is going on in this country to the extent that it is should be our priority to decide what the next set of leadership we desire. Because, we have a great stake in this country now.”

“I see no reason why the Central Bank Governor will be politically exposed. He has a right as a Nigerian to pursue his political aspirations but not at the expense of the office, he occupies. When campaigns, billboards and branded cars and posters are everywhere about his ambition and he is denying it.”

“Nomination and Expression forms have been bought and according to him, the forms were bought by local farmers. A form worth 100 million naira! It is not true. With the level of hunger ravaging this country, I don’t think the local farmers have the money to make such contributions.”

He expressed disappointment that Emefiele has not summoned the courage to come out boldly to own up to his aspiration because he doesn’t want to resign his from his office.

“In any case, what does the CBN governor Emefiele has to offer to Nigeria seeing the level of the economy woes we have in this country under his watch? What else does he have to offer this country that he has not done?

“So, I am calling on the National Assembly, as a matter of urgency, to enact a law so that people in public offices will not have the undue advantage to use government resources and influence to pursue their political aspirations. What is going on is wrong, Emefiele as a mark of honour, which I know he has lost, should resign immediately and save the sanctity of that office if he wants to contest.”

A coalition of rice farmers and other crop growers had moved to drag Emefiele into the 2023 presidential race by purchasing the N100 million APC forms for him.

Akinaka stressed that politics being a vocation, the CBN Governor is barred by law to engage in partisan politics.

“It is unthinkable that Emefiele, despite his embarrassing failures of managing the country’s economy still want to further wreck the entire country,” Akinaka said.