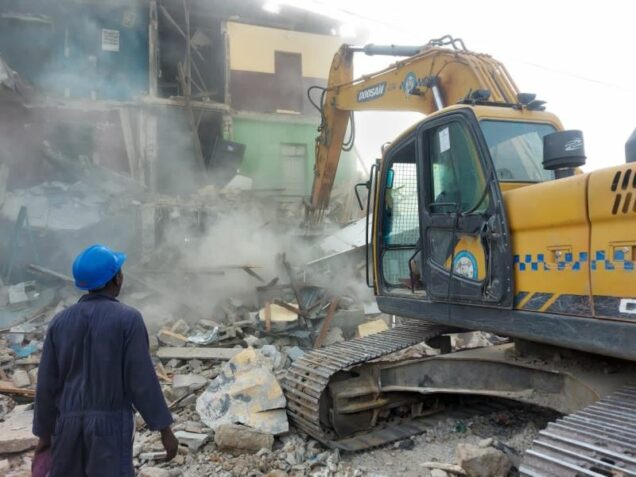 The partially collapsed building pulled down

Another two-storey building has partially collapsed at 36 Sanusi Street in Somolu area of Lagos, Southwest Nigeria.

“Further investigations gathered revealed that the balcony of the affected building collapsed yesterday.

“According to observation and assessment, the building has been marked by LASBCA since July 2021 and is severely distressed with many cracks on the structure.

“Fortunately, no casualty was recorded while the tenants of the building have been advised to move out with immediate effect because the structure is unsafe for habitation,” he said.

Oke-Osanyintolu added that in the interests of public safety and to forestall any disaster, the structure would be pulled down to Ground Zero by the agency with immediate effect.

“To avoid any secondary incident, members of the public are to be assured of the commitment of the administration of Mr Babajide Olusola Sanwo-Olu to public safety, law and order.

The building was later demolished by LASEMA officials.

In the last few days, two buildings had collapsed in Lagos, one in Ebute Metta area, with 10 people dead and another in Okota area of the state with no casualty.