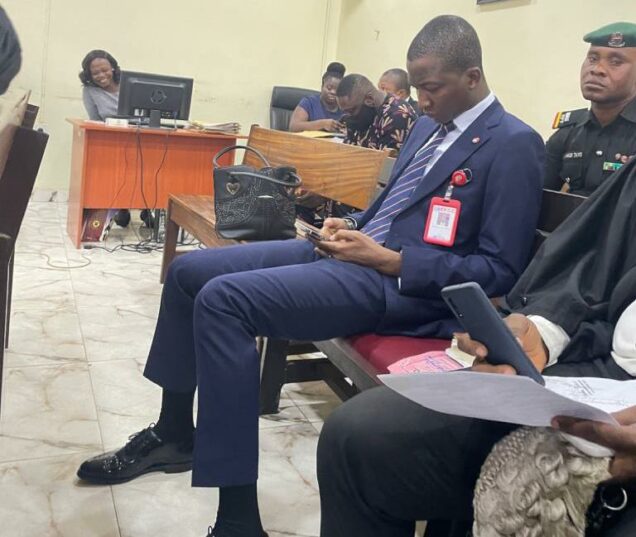 The Executive Chairman of the Economic and Financial Crimes Commission, EFCC, Abdulrasheed Bawa was on Monday grilled in court in N761.6 million fraud trial.

The trial involved Abubakar Ali Peters and his company, Nadabo Energy Limited, over alleged subsidy fraud to the tune of N761, 628,993.84.

Peters and his company are facing a 21-count charge bordering on forgery and subsidy fraud before Justice S.S. Ogunsanya of the Lagos State High Court sitting in Ikeja, Lagos.

Abubakar and his company are being prosecuted by the EFCC for offences bordering on obtaining money under false pretence, diversion of Federal Government funds and forgery to the tune of N761, 628,993.84.

He pleaded “not guilty” to the charges when he was arraigned on October 7, 2015, thereby prompting the commencement of his trial.

Bawa had, in his examination-in-chief on September 22, 2021, told the Court that investigations by the EFCC into petitions received from the Ministry of Petroleum Resources and some concerned Nigerians in 2015 alleging fraud in the subsidy regime uncovered forged documents allegedly used by the defendants to claim subsidy funds for 12,000MT of PMS, whereas only about 6,000 MT was imported by the defendant.

Subsequently, on December 16, 2021, the defence team led by E.O. Isiramen had begun the cross-examination of the witness.

At today’s proceedings, Bawa, who is testifying as the second witness, concluded his cross-examination by the defence.

Under cross-examination by Isiramen, Bawa further stressed that, “Our findings and evidence are still that you cannot discharge what you didn’t import.

“And our investigation, including documents from the banks, Staco Insurance Plc, PPPRA and others, indicated that the defendant supplied about 6,000 MT of PMS and not 12,000 MT as claimed by the defendant.”

Bawa further attested that investigation by the EFCC revealed that those who signed the respective documents resulting in the eventual payment to the defendants “did not do the right thing from our findings.”

“However, we were looking at the bigger picture in the interest of justice and concluded that the defendant was the beneficiary of the alleged compromise,” he added.

He further told the Court that “We have started making recoveries from the defendant and we have a statement in which he put in writing that he is willing to pay back the excess money he received from the government.”

Bawa also reinstated that other directors of the company told the EFCC, during investigations, that they didn’t know anything about the transaction.

He said: “He never denied that he was in charge of everything that has to do with the transaction.

“We were only doing our job and we found out that the entire fund was utilised by him.”

The case has been adjourned till May 10, 2022 for continuation of trial.