Installation of Gbajabiamila as Aare Baasofin of Yorubaland reinstated 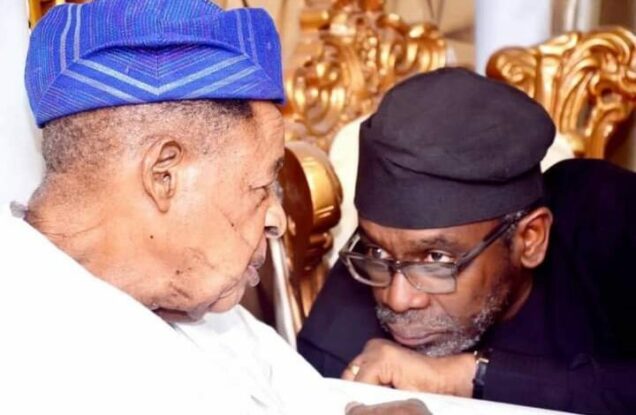 Oyo kingmakers, popularly known as Oyomesi, has announced that the installation of the Speaker of the House of Representatives, Femi Gbajabiamila, as the Aare Baasofin of Yorubaland (the Supreme Lawmaker of Yorubaland) will continue as initially planned.

The Oyomesi led by the traditional Prime Minister of Oyo, High Chief Olayinka Ayoola on Sunday confirmed that the installation would continue.

The installation is expected to take place on May 27, 2022, as part of the activities to mark Gbajabiamila’s 60th birthday.

The installation was confirmed during Gbajabiamila’s condolence visit to the palace royal family and the people of Oyo on Sunday.

Oyomesi noted that the installation of Gbajabiamila as Baasofin of Yoruba land will be fulfilled by the chiefs and the next Alaafin.

One of late Alaafin’s children, Prince Akeem Adeyemi, while addressing Gbajabiamila, revealed why late Oba Adeyemi conferred the chieftaincy title on the lawmaker.

“The person who has ticked all these boxes is Femi Gbajabiamila. As the Alaafin has said, so it is. This is the Aare Baasofin.”

Lanre Lasisi, Special Adviser on Media and Publicity to the Speaker, has earlier announced the cancellation of the ceremony which he said was necessary to mourn the demise of the monarch.

“You will recall that his Royal Highness, the late Alaafin of Oyo, Oba Lamidi Olayiwola Adeyemi III communicated the conferment of the title of Aare Baasofin of Yoruba Land to Speaker Femi Gbajabiamila through an appointment letter dated September 7, 2021, and presented to the Speaker on Thursday, September 30, 2021, at the National Assembly, Abuja, by members of the Oyomesi Council led by the Bashorun of Oyo Kingdom, High Chief Olayinka Ayoola, who is the traditional Prime Minister of Oyo Kingdom and Bishop Ayo Ladigbolu.

“Upon which the Speaker, in turn, accepted the appointment with gratitude to God. However, due to the tight work schedule of the Speaker, the Chieftaincy ceremony could not hold throughout 2021, until this year when the date of May 27, 2022, was agreed with the palace but as God in his majesty will have it the revered monarch passed on Friday night before the distribution of Invitation cards for the event (May Allah grant him Aljanah Firdaus).

“Naturally, the event can no longer hold as the Speaker, the entire Yoruba race, Nigerians home and abroad mourn the demise of the widely respected Monarch,” Lasisi had said.