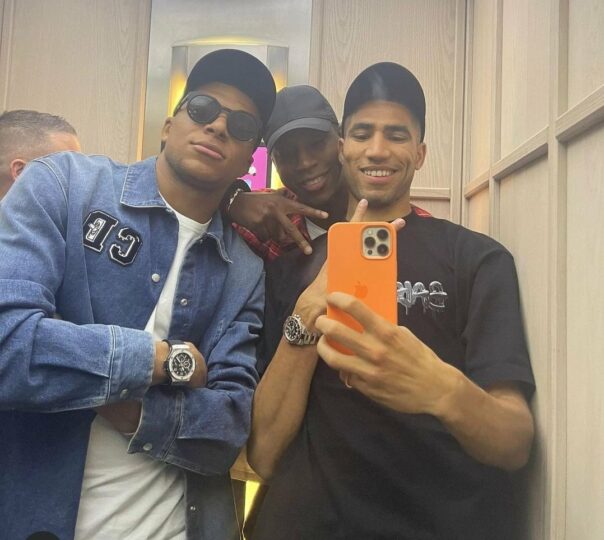 Mbappe and Achraf Hakimi in Madrid on Monday

PSG forward Kylian Mbappe fuelled speculations about his future on Monday when he was seen in Madrid, having lunch with club mate Achraf Hakimi and Achraf’s brother at a famous restaurant.

His appearance comes following reports that Madrid have almost completed negotiations to have Mbappe leave Paris for their side in June.

A report by a French newspaper last week had claimed that Mbappe had agreed to stay for another three years at PSG.

Real Madrid consider Mbappe vital for their future project, as some of their strikers are getting old. Karim Benzema is 34, while Mbappe is 23 years old.

“Real Madrid remain confident that their work to sign Mbappe is already DONE and that it will be completed with Mbappe signing the contract SOON”, tweeted Madrid Extra.

Mbappe further fuelled speculations on his possible Madrid move when he posted his photo with Hakimi in Madrid, with the caption: “Off”.

The post garnered over 500,000 likes in 30 minutes, with many Madrid fans pleading with him to join Madrid.