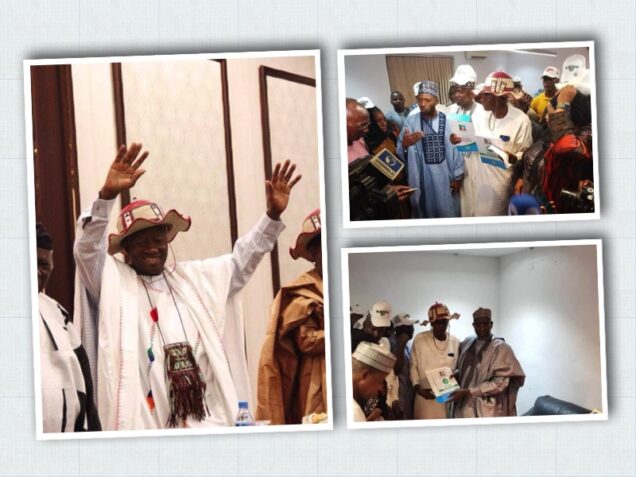 Miyetti Allah Cattle Rearers Association has dragged President Goodluck Jonathan into the crowded presidential race of the All Progressives Congress.

On Monday, some leaders of the association paid N100 million into the coffers of the APC to buy the Expression of Interest and Nomination forms.

They were said to be fronting for a serving northern governor.

It was not clear whether Jonathan will accept the bait and join the race, where there are already 25 aspirants, and still counting.

When he spoke to some of his supporters last week, he said he would announce his future political direction in the next few days.

Jonathan was president of Nigeria from 2010 till 2015. He was a member of the Peoples Democratic Party.

It is unknown when he made the political switch to the APC.

He was rumoured to have supported the APC governorship candidate in the 2020 election, whose victory was later taken away by the Supreme Court.

Some APC governors have been reported to have gone to Jonathan to persuade him to join the party and be the flag bearer.