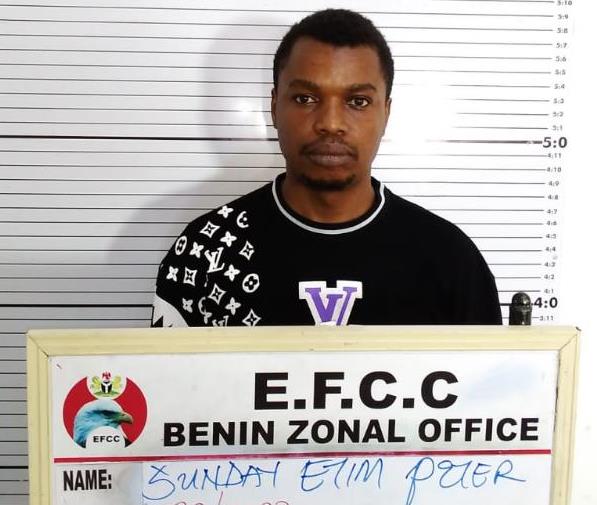 Etim was prosecuted by the Benin Zonal Command of the EFCC for fraudulent impersonation.

One of the counts against Etim reads: “that you Sunday Peter Etim alias (Steven Batt) sometime in 2021 in Benin City, Edo State within the jurisdiction of this Honourable Court with intent to defraud one Sadhna, an Indian falsely represented yourself to be one Steven Batt and thereby committed an offence contrary to and punishable under section 484 of the Criminal Code, Cap 48 Laws of Bendel State of Nigeria (as applicable in Edo State) 1976”

Upon arraignment, the defendant pleaded guilty to the charge.

In view of his pleas, the prosecution counsel, K. U. Udus, prayed the court to convict and sentence the defendant accordingly.

However, the defence counsel, A. E. Ambrose pleaded with the court to temper justice with mercy as the defendant was a first time offender who has become remorseful for his action.

In addition, the defendant shall forfeit his mobile phone and laptop computer to the Federal Government of Nigeria.

He is also to undertake in writing to be of good behaviour.