Sen. Adeola to be installed Aremo Oba of Yewaland 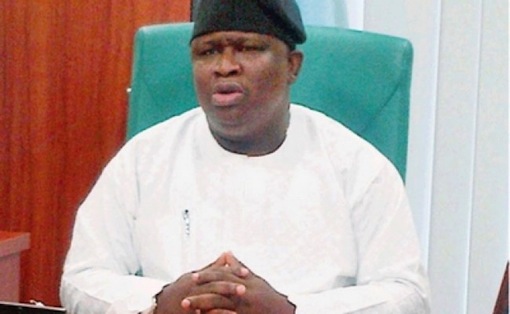 Lagos West Senator, Solomon Adeola will be installed as the Aremo-Oba Yewa (Crown Prince) by the President of Yewa Traditional Council, Oba Kehinde Olugbenle, the Olu of Ilaro and paramount ruler of Yewaland and 49 other Yewa royal fathers next weekend at Ilaro, in Yewa South LGA in Ogun State.

Kayode Odunaro, media adviser to the senator, confirmed this in a press release issued to newsmen on Sunday.

The installation will also include the conferment of title of Yeye Aremo on the Senator’s wife, Temitope.

Other Yewa sons and daughter to be honoured with titles alongside the Aremo-Oba includes Otunba Akeem Ade Adigun(Sokopao) as Apagunpote of Yewaland, Alhaji Ibrahim Dende Egungbohun as Oluomo of Yewaland and Alhaja Salmot Badaru, former deputy governor of Ogun State as Beere of Yewaland.

He added that the President of the Senate, Senator Ahmad Lawan, Prince Dapo Abiodun , the Governor of Ogun State, Aremo Olusegun Osoba, Otunba Gbenga Daniel, former Governors of Ogun State, Mr. Boss Mustapha, the Secretary to Government of the Federation, SGF as well as the Minister of Finance, Budget and National Planning, Hajia Shamsuna Ahmed, Ooni of Ife, Oba Adeyeye Ogunwusi among others are dignitaries expected to attend the installation ceremony.

“The 10th Anniversary celebration of the ascension to the throne of the Paramount Ruler of Yewaland will also witness the public presentation of the autobiography of Oba Olugbenle titled ” Double Grace: Kingship and Service” under the co-chairmanship of Alhaji Aliko Dangote and the President of the Senate with chief launchers as Alhaji Abdulsamad Rabiu and Sir Kesington Adebutu,” said the media aide.