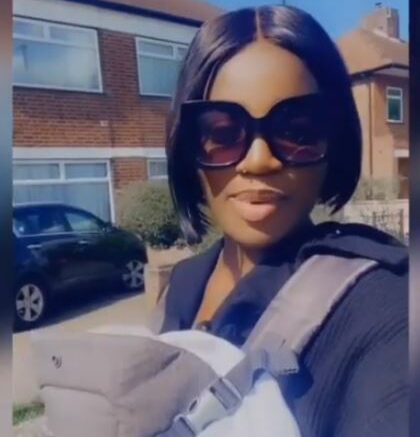 The excited new mum in a series of videos she shared on her Instastory gushed about her daughter and how cute she is.

The singer in April announced the arrival of the baby with a picture of herself heavily pregnant with the caption; “The Eagle has landed”.

“Thank you all for your well wishes. What a journey it has been. We love you,” she added.

Shay had earlier revealed the gender of her newborn, a girl at an intimate gender reveal party.

Shay confirmed her pregnancy as she unveiled her baby bump in her new video for her latest track, ‘Big Girl’ which was released via her YouTube channel.

In the video, Shay showed a clip of her cradling her baby bump in the last few seconds of the video.

Prior to confirming her pregnancy, the music star had announced her engagement in January during an interview with Beats FM.

“Some guy gave it to me and said ‘hey would you marry me?” she said.

Shay added that her engagement was one of the reasons she has been glowing.