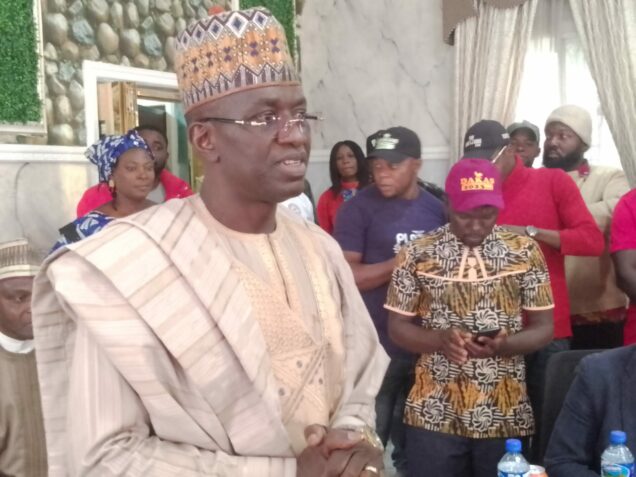 An aspirant under the All Progressives Congress (APC), Prof. Dakas CJ Dakas has withdrawn from the Plateau governorship race.

In a statement he personally signed on Tuesday in Jos, Dakas said he made the “excruciating but strategic decision” after prayers and deep reflection.

“Against the backdrop of the media frenzy and trending news that I will purchase the APC expression of interest and nomination forms on Monday, this is a stunning turn of events.

“However, after a series of consultations with several critical stakeholders in the Plateau Project, I decided to sacrifice my aspiration.

“This is in furtherance of our collective resolve to ensure that the leadership recruitment process produces an outcome that is in the overriding interest of our dear state.

“This is consistent with my political odyssey, especially in the context of the governorship race.

“I have always been of the firm conviction that I am only a channel through which the interest of the good people of Plateau State would be articulated, aggregated, promoted and defended”.

The Senior Advocate of Nigeria (SAN) and former Dean, Faculty of Law, University of Jos, said his aspiration to govern the state was driven primarily by three profound imperatives.

The imperatives, according to him, were service above self, impact and legacy.

According to him, driven by these imperatives, he looks forward to prioritising and guaranteeing the security and welfare of the people and building the Plateau of our dreams through trailblazing transformation.

“Notwithstanding the current dizzying turn of events, I am mindful of and encouraged by, the fact that the most important office is that of the citizen.

“Therefore, as citizens, whether or not we are political office holders, this is a task that we must all resolve to accomplish,” he said.

Dakas added that as a mark of his appreciation and in furtherance of his continuous service to humanity, he had decided to support charitable causes with the money that he would have spent on the purchase of the requisite forms.

Meanwhile, he thanked those who supported his governorship aspiration in different ways.

However, he added that he would let his supporters and political associates know his next line of action in due course.