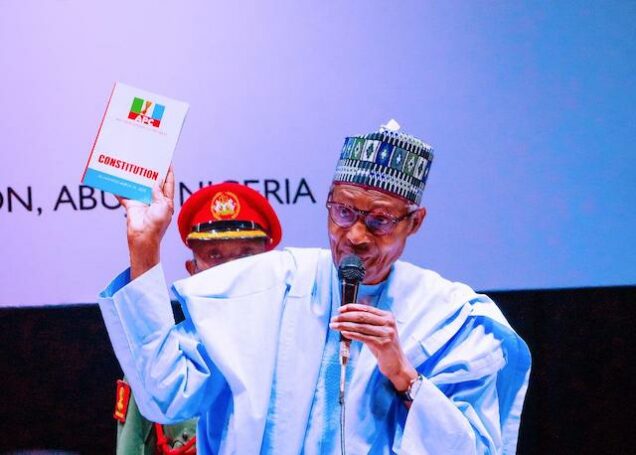 The Peoples Democratic Party (PDP) has accused the Buhari Presidency of allowing the mass looting of public funds to corruptly create a war chest for the APC to intimidate Nigerians and muscle the 2023 general elections.

The PDP made the accusation via a statement released on Tuesday evening.

“Our Party has information of how public funds are being withdrawn from Ministries, Agencies and Parastatals of government and diverted to people who have no verifiable means of livelihood to purchase APC’s Presidential Nomination and Expression of Interest forms for individuals without any electoral value and who cannot even win Local Government elections.

“We have intelligence on how public funds are pulled out of government Agencies in a surreptitious design perfected by an APC leader in connivance with certain individuals in positions of authority close to top persons in the Central Bank of Nigeria (CBN).

“Nigerians will recall that the PDP had earlier alerted on how the CBN under Mr. Godwin Emefiele as CBN Governor has been turned into the finance department of the APC where APC leaders fraudulently access public funds through nebulous subsidies, shady intervention programmes and discriminatory exchange policies which perpetuate illegal arbitrage system.

“The rejected APC has resorted to this underhand method to corruptly rake in billions of naira from the public treasury without consideration for the welfare of Nigerians.

“This APC’s nefarious action is informed by its realization that its leaders cannot make huge donations to the APC coffers as they will be violating the limits of contribution to political parties as stipulated by law and regulation.

“The APC is a sinking ship with ill-fated and inchoate sailors holding on to straw including this shameless attempt to sweep our national treasury. It is regrettable that the APC has shamelessly and soullessly extended their corruption to our electoral process not minding the consequential effect on our democratic system.

“In any case, such shenanigans and criminal pillaging of our treasury cannot prevent the imminent crushing defeat of the APC at the polls in 2023, Nigerians having realized the fraud and life discounting experiences that the APC represents.

“The PDP calls on the Economic and Financial Crimes Commission (EFCC), the Accountant General of the Federation as well as the Auditor General of the Federation to immediately commence investigation and monitor the movement of funds in Ministries, Department and Agencies of government so as to protect our national treasury from the APC as we approach the 2023 general elections.

“The National Assembly, pursuant to its constitutional duty to expose and prevent corruption should in the interest of Nigerians commence a public investigation into these happenings.”