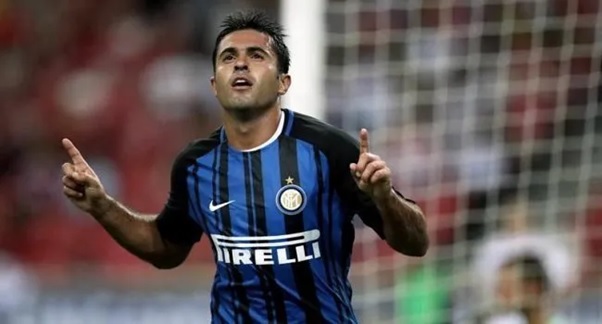 In the history of “Inter Milan” there are many examples of highly questionable signings of players who clearly did not match the level and status of the team.

Because of that, the club has long been unable to break into the Champions League.

By the way, today football score from the world of Serie A is easy to find out on the sports statistics website, which presents only current data.

Among the unsuccessful signings of “Inter” it is worth mentioning Eder. The forward joined the ranks of the team in 2016, moving to it on loan.

Before that, the striker spent 4 good seasons in “Sampdoria” and even received a call-up to the Italian national team.

However, there is no doubt that Inter overestimated the strength of the player at some point.

Yes, he was a good striker, but he was clearly not suitable for the team which is fighting for the Scudetto.

It’s not to say that in the “Nerrazzurri” camp the player failed, but in 2 years he has only 11 goals. And this is despite the fact that he regularly received playing practice.

It is not surprising that in the summer of 2018 when “Inter” received a lucrative offer, the player was immediately sold to China.

There he even won the local championship, but his period in the camp of the “Nerrazzurri” can hardly be considered a success.

Therefore, it is unlikely that any fan regrets that he is no longer in the Milan club.

Why has Eder failed to show his potential in “Inter”?

It was a strong bet on Eder because he played successfully in Serie A for several years.

He was not a super striker, but he was always useful to the team with his pressing, activity, interaction with partners.

If you are interested in the confrontations between “Inter” today, check out the football score on the sports statistics website.

Here you can find the latest data, which is updated regularly.

Among the main reasons for the failure of the player in the camp of the “Nerrazzurri” it is worth noting:

1. Lack of confidence on the part of the head coach. Although Mancini regularly gave the player playing practice, but often changed him. In addition, he publicly criticized Eder, which, of course, had a negative impact on his mental state.

2. Poor teamwork with partners. For example, he practically failed to find a common language with Icardi. Because of that the player looked like a foreign body in Inter’s attack.

3. Injuries. Due to injuries the player missed some matches and was not always able to perform at his best. Obviously, it had a negative impact on his performance.

Fortunately for “Inter”, the team practically did not lose money on that transfer.

However, Eder was not very useful as a player. The fact that he later played in China and Brazil characterizes the player well.

In general, he was not a bad player, but not for a team of Inter’s level.