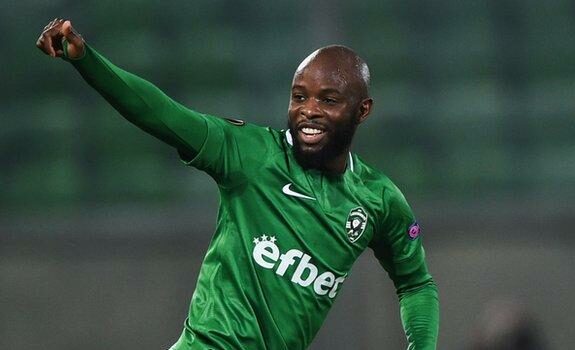 Jody Lukoki, who plays the role of a winger for the Democratic Republic of Congo, died at the age of 29.

Netherland club, Twente, confirmed the passing of Lukoki on Monday with the cause of death still unknown.

Here are quick facts about the late winger

1. Lukoki was born in Zaire but immigrated to the Netherlands with his parents and his twin brother, NAC Breda player Madjer Lukoki, at a young age due to the First Congo War.

2. He grew up in Amsterdam and joined the local club VVA/Spartaan at the age of ten.

3. After playing for VVA/Spartaan and Young Boys Haarlem, Lukoki joined the youth ranks of Ajax.

4. He made his debut for the first team in the 2–0 home win against rivals Feyenoord on 19 January 2011, replacing Lorenzo Ebecilio in the 80th minute.

8. He signed for FC Twente on a two-year deal last June but suffered a cruciate ligament injury in pre-season training.

9. Lukoki had his contract terminated by Twente in February for what the club described as “events in his personal life”.

10. Lukoki represented the Netherlands at the youth international level but opted to play for DR Congo, who he made his senior debut for in 2015.