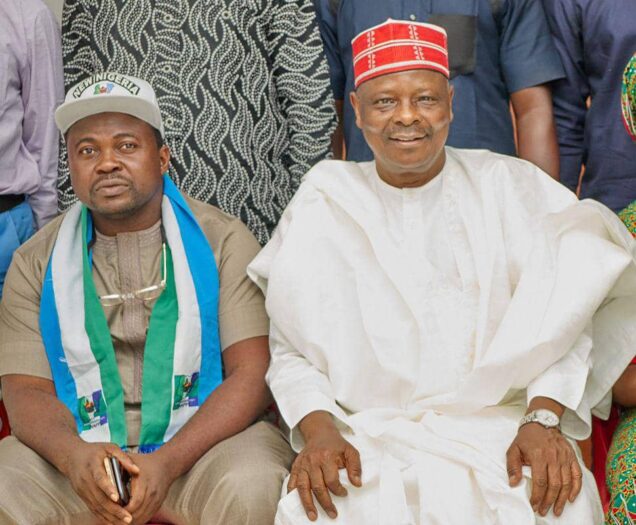 A young presidential aspirant on the platform of the New Nigeria People’s Party (NNPP), Mr. Olufemi Ajadi has assured his supporters of victory for the party in the 2023 general elections.

Ajadi made the submission in Lagos on Monday, saying the formidable leadership of the party’s presidential aspirants, including himself, Sen Rabiu Kwakwanso, and other committed party members would ensure victory for the NNPP in the elections.

He said, unlike the major opposition parties, that the NNPP had, within its ranks, candidates of integrity whom Nigerians would be proud of.

He said aside from the party’s flag-bearers at the different levels, that mass mobilization for total victory had been ongoing within NNPP formations nationwide and that the expected outcome would be a landslide.

Underpinning the massive followership that the party was enjoying to transparency and integrity, he described it as the armors that the NNPP would use to run the other parties out of relevance.

“Nigerians no longer follow politicians without integrity. The recent events in the country is a proof of that. Many Nigerians, especially the youths now respect and follow people of integrity.

“They have seen that the old brigade has failed them. This is one thing that would help to secure victory for us”, he said.

Ajadi said as the future of any country, that youths should align with a political party that has good plans for their future, identifying NNPP as such a party.

“We are driven by the ideology that the son of nobody can rise to become somebody.

“NNPP is the only platform with provisions for Nigerian youths to contribute to the development of their country”, he said.

Ajadi also thanked his fans and supporters for their solidarity, adding that before now, he had made it clear that he would only be joining a political party with a pedigree of integrity, one where the wishes of the millions of Nigerian youths and all other progressives are adequately protected.

Speaking directly to his supporters, Ajadi said: “I am sure that my journey to NNPP with you my supporters will be a success and I want to ask you not to be afraid or be carried away by the deceit of the money bags.

“Stick with politicians like us, who practice with integrity and sincerity of purpose.

“Much more, I urge every one of you, to go get their Permanent Voter’s Card (PVC) in case you have not got one.

“INEC (the Independent National Electoral Commission) won’t count prayer points or Twitter rants in 2023; it will count votes, and only those who have their PVCs can cast votes”, he admonished.