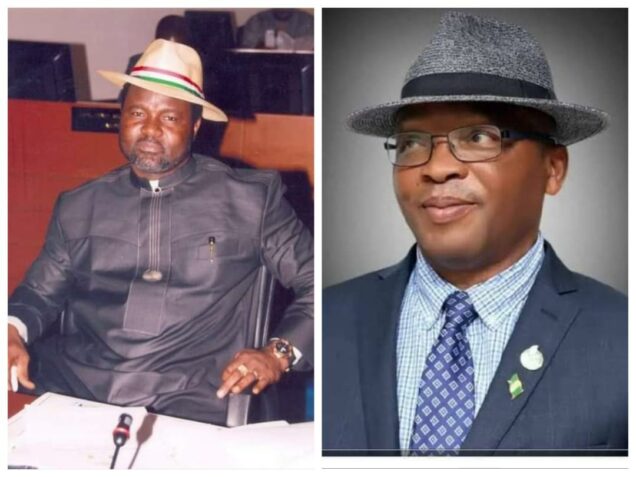 The consensus arrangement of 19 elders of All Progressives Congress, APC, in Rivers which led to selection of businessman, Tonye Cole as the choice aspirant of the party for the state’s 2023 governorship election seems to have now fallen apart completely.

It has now been revealed that two other members of the party, Micheal Ibinabo West and Sokonte Huttin Davies had in defiance of the consensus arrangement gone ahead to purchase to expression of interest and nomination forms to contest for the APC governorship ticket at the primary election.

They joined Ojukaye Flag Amachree, and Senator Magnus Abe who had earlier expressed their opposition to the emergence of Cole as the consensus candidate of the party and had also bought forms to contest for the APC Rivers gubernatorial ticket.

In a press statement he personally signed, Davis said although he had earlier acceded to the consensus arrangement that favoured Tonye Cole, unfolding events are “becoming bothersome and the process will not make the party go into the General Elections 2023 united

However, the party through its Spokesman,Chris Finebone,had early clarified that the consensus arrangement that resulted in choice of Tonye Cole was not done to prevent others from pursuing the dreams under the platform of the party.

The Leader of the Party in Rivers, Chibuike Rotimi Amaechi who is also the Minister of Transportation and a presidential aspirant had at a stakeholders meeting in Port Harcourt harped on loyalty to the party and its leadership.

He claimed that in all his political life, he always remained loyal to his leaders and abide by whatever decisions taken by his party.

Amaechi even hinted that he will not defy the decisions of President Muhammadu Buhari and APC on who the presidential candidate of the party will be.

Below is the Press statement signed Dr Sokonte Huttin Davies:

Dearly beloved party men and women, recall that a number of aspirants on the platform of the All Progressives Congress, Rivers State Chapter, including myself, had earlier reached a decision to support whoever emerged from an acceptable process that will reduce the number of aspirants for the primary election bothering on who will fly our party’s flag in the 2023 Governorship Election.

This, I believe was to foster unity amongst the aspirants and promote party cohesion.

Also, recall that on the 22nd of April 2022, far reaching decisions were taken by some elders of the party, whom I respectfully call the *_19 Cardinals_* concerning who the consensus ASPIRANT of the All Progressives Congress, Rivers State Chapter would be especially among the Rivers Ijaw aspirants.

The party elders in their wisdom announced Pastor Arch Tonye Cole as the consensus aspirant for the APC for the purposes of the primaries.

Subsequently, and in the spirit of sportsmanship and as one who commits to a process whenever I get into one, I congratulated Arch Tonye Cole on his emergence as the preferred aspirant and called on everyone to support him.

This has been my position all these past few days. However, emanating events as a result of the process are becoming bothersome. And whilst I do not oppose the outcome and still accept the integrity of the eminent Party leaders, some of the said events have the potential to make it difficult for us to go to the 2023 General Elections as a united front.

Consequently, after wide consultation with the topmost leadership of the Party, I have decided to put myself forward to contest the Governorship primaries of the All Progressives Congress in Rivers State.

I announce to you that an option is before you today. I have also in the spirit of this, picked up my Expression of Interest and Nomination forms.

I will be reaching out to more of you and counting on your support as we embark on this journey together. I submit to you today, that this is about all of us and not some of us.

God bless the All Progressives Congress