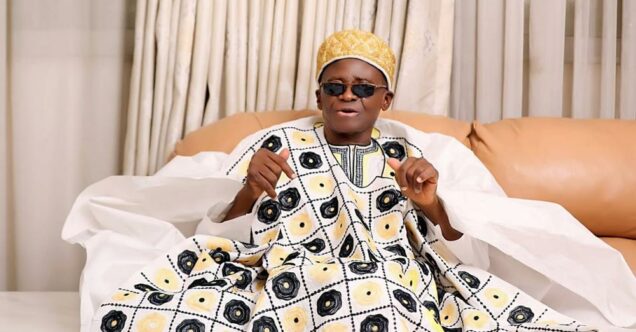 Chief Ikeobasi Mokelu, on Tuesday in Abuja, became the 28th presidential aspirant of the the All Progressives Congress (APC), after he paid N100million for the party’s Expression of Interest and Nomination forms.

Mokelu, who was the last aspirant to pick the forms as sale ended, was a former Minister of Information and Culture in the military administration of late Gen. Sani Abacha.

Mr Timothy Amah, a member of Mokelu Campaign Organisation confirmed the purchase of the forms to newsmen.

He expressed optimism that Mokelu would emerge as the APC 2023 presidential candidate at its primaries slated for May, 30 and June 1 because of his experiences.

According to him, Mokelu’s presidency will apply the values of honour, character, and integrity in the application of efficient and sustainable governance at all levels of government and in the three arms of government.

The aspirant had earlier said that he was joining the 2023 presidential race after due consultations, adding that he was convinced that he was qualified to take on the challenge of moving the country to the next phase of her development.

“I have a rich political and polity pedigree. I was born and mentored by two great nationalists and independence fighters.

“My belief in the enduring legacy of our forefathers led me to develop and encourage the crafting of various elements of what is today, the 1999 Constitution.

“It is on record that during my short tenure in office as Minister of Information and Culture, I fostered one of the best relationships with the media and civil society, even at the risk of losing my job,” Mokelu had said.

Mokelu was a delegate to the National Constitutional Conference between 1994 and 1995 where he served as chairman of several subcommittees, including security, power-sharing, and social welfare among others.

Popularly called Onwa, Mokelu was the founder and convener of #Istandwithbuhari, an APC movement established in all the 774 Local Government Areas of the country.

Others are Gov. Yahaya Bello of Kogi, Dr Chris Ngige, the Minister of Labour and Productivity, Mr Chukwuemeka Nwajuba, the Minister of State for Education, Gov. David Umuahi of Ebonyi, and Sen. Ken Nnamani.

Mr Adams Oshiomhole, a former APC National Chairman, Dr Ogbonnaya Onu, Minister of Science and Technology and Ms Uju Ohanenye, a female aspirant and Mr Godwin Emefiele, CBN Governor are also in the race among others.

The APC special presidential primary convention is scheduled to hold from May 30 to June 1.