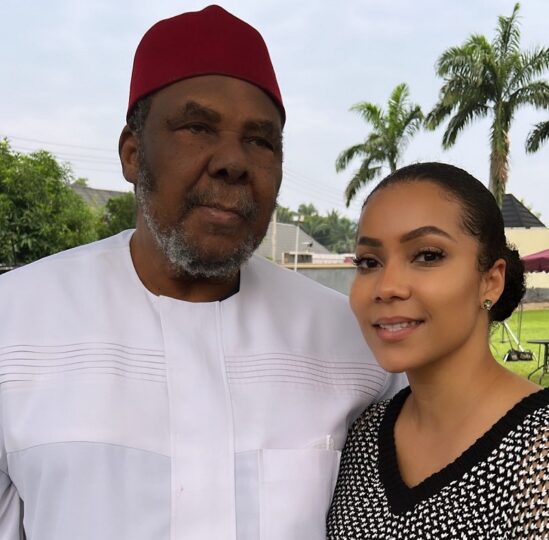 Maria in a series of videos she shared on her Instatstory was seen at a movie set alongside Pete Edochie, Hilda Dokubo and other Nollywood bigwigs.

The reality star was spotted posing with Pete Edochie for cute snaps while engaging Hilda Dokubo in a conversation as the duo smiled at each other.

Unarguably, Maria can be dubbed the BBNaija Season 6 ‘star girl’.

She has continued to use her controversial lifestyle to her advantage.

Despite spending only five weeks in Biggie’s House, Maria has continued to bag numerous endorsement deals worth millions of Naira.