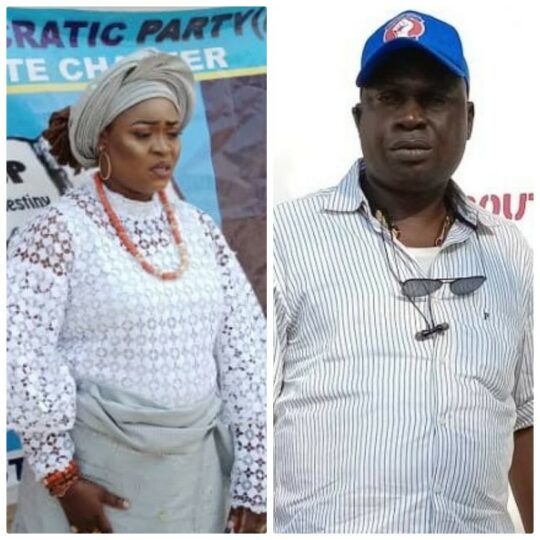 The battle between the governorship candidate of the Action Democratic Party (ADP) in Ekiti, Kemi Elebute-Halle, and her running mate, Idowu Afuye, has gotten more intense.

With the election coming up next month, Afuye has threatened to quit the party any moment from now.

Afuye made the disclosure on Wednesday in Ado-Ekiti in a statement personally signed by him and made available to newsmen.

He alleged that his decision was due to the disregard by the party flag bearer, Mrs. Kemi Elebute-Halle, for party structure.

The gubernatorial running mate also alleged that there was also a lack of internal democracy in the party.

He said his next political move would be made known within the next 24 hours.

He said “What remains sacrosanct to him is to contribute his quota to the development of the state not minding the platform.

When contacted, the Elebute-Halle party’s Campaign Manager, Mr. Sunday Orire, said it was “a mere threat“.