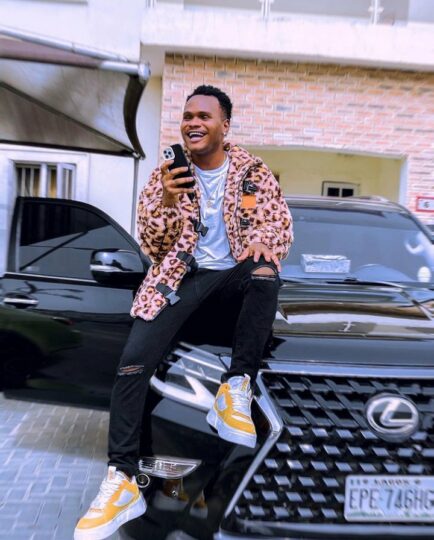 Comedian Oluwadolarz, real name Ogunleye Olamide Babatunde has joined the league of luxury car owners as he shows off his new ride.

The new Lexus SUV owner said it is a worthy addition to his fleet of cars.

He described the purchase as a new era for him.

Oluwadolarz was born on the 11th of October with the year of his birth not made public.

He lost his Dad years ago while his mother is still alive and supports his career as she features in a lot of his comedy skits.

OluwaDolarz is the first child out of six children.

Two of his siblings, his younger brother, Intelligent Tope and his younger sister, Scientific Ayomide are also online comedians and are known faces in his comedy skits.