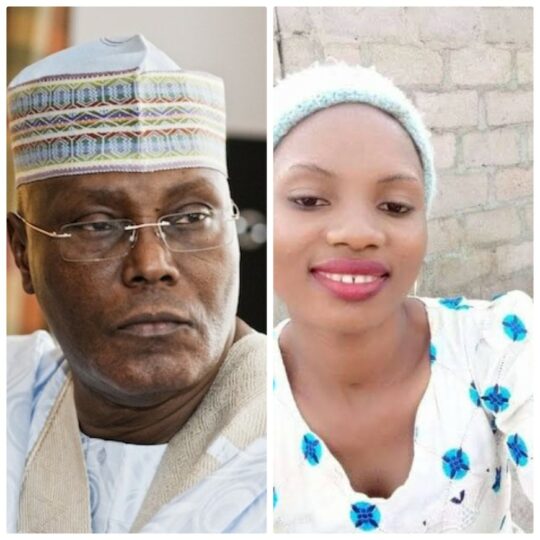 Deborah, a student of the Shehu Shagari College of Education, Sokoto student, was attacked and killed over alleged blasphemous comments.

Atiku after condemning the act took to Twitter and wrote, “There cannot be a justification for such gruesome murder. Deborah Yakubu was murdered and all those behind her death must be brought to justice. My condolences to her family and friends.”

But some northern Muslims had reacted to the tweet by threatening not to vote for Atiku in the 2023 general elections.

“This evening I received information that a post was made that doesn’t agree with my orders. I use this to announce that any post without A. A. is not from me. May God protects us,” Atiku wrote in the Hausa language.

Reacting, Adeyanju called out both Atiku and Vice President Osinbajo, saying the pastor has not even uttered a word.

“At least Atiku even tweeted and later deleted after fanatics threatened him, what of VP Osinbajo – a so called Pastor?” Adeyanju tweeted.