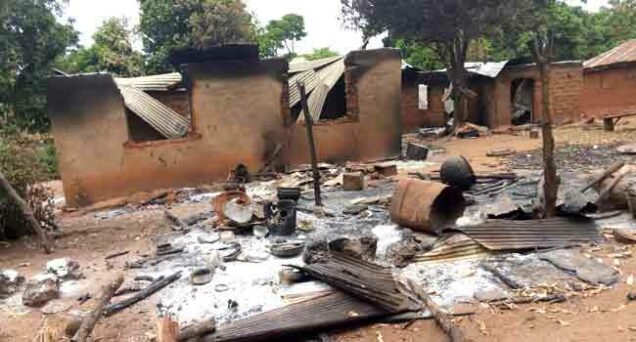 The Police Command in Bauchi has confirmed the murder of three persons in a fresh attack by yet-to-be-identified gunmen at Num village in Tafawa Balewa Local Government Area of the state.

SP Ahmed Wakil, Spokesman of the Command, who confirmed the incident, on Thursday in Bauchi, said that two other persons sustained injuries in the attack.

The attack came barely 24 hours after gunmen attacked Yadagundume village in Ningi LGA killing three persons and injuring one other.

Wakil said that the gunmen attacked the Num village on April 9 and killed three villagers.

He listed the victims to include Samaila Bello, Kefas Sarki, and Paulina Alhamdu.

“We received a distress call on May 9, 2022, at about 21:30 hours that some hoodlums armed with AK-47 rifles stormed Num area of Sara village in Tafawa Balewa LGA of the state,

“They opened fire on members of the community causing the death of three persons while two others, Gode Bulus and Zakka Mayo were injured.

“On the intensive effort, the DPO, Tafawa Balewa Division, and his team rushed to the scene of the crime where they rescued the two victims and referred them to the General Hospital Tafawa Balewa,” he said.

Wakil said that the Commissioner of Police, Umar Sanda, had directed the Area Commander in Toro to intensify efforts to arrest the perpetrators of the crime.

While reiterating the commitment of the police to protect lives and property, the CP urged the people to be calm, and report suspicious persons and movements in their communities to security agencies.

“The Force will not be deterred from dealing with all criminal elements that try to test its capacity,” he said.