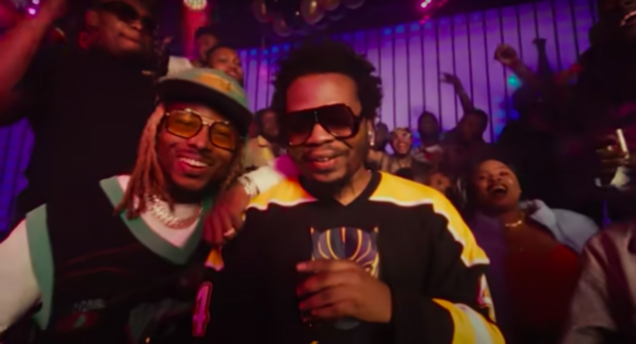 Olamide and his signee Asake have gotten the praises of Nigerians over their roles on the new song titled Palazzo.

Palazzo is a song owned by Nigerian disc jockey and sound studio engineer, DJ Spinall and co-written by Olamide.

Fans however hailed Asake and his boss Olamide for their impact on the song.

@AyoJaguda wrote: “Funny thing about this Palazzo joint, I’m hearing Olamide all over this song – he will also destroy this beat.”

Another fan wrote: “God bless Olamide for giving us another golden boy (Asake). Hottest artiste this year!!! Hand over every award to Mr. Money already.”

Watch and listen to Palazzo below: