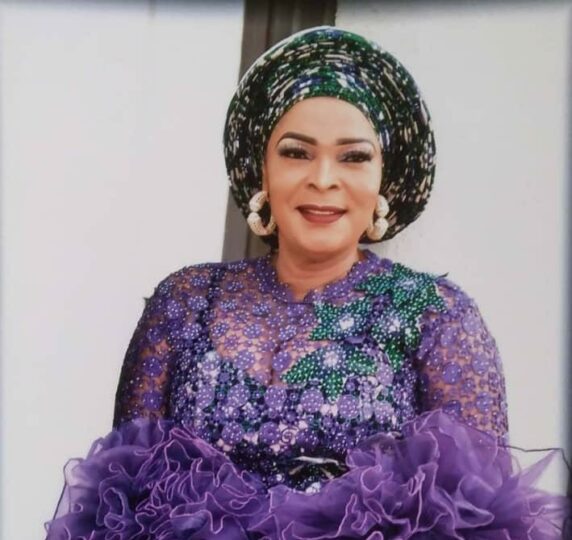 Mrs. Ann Agom-Eze, a senatorial aspirant for the Ebonyi South district on the platform of the All Progressives Congress (APC) has raised alarm over perceived plots to intimidate her out of the race.

Publicity Secretary of her campaign organization, Mr David Nsi, stated on Saturday in Abakaliki that it had uncovered desperate plots to use subterfuge, harassment, and undemocratic maneuvering to edge Agom-Eze out of the race.

Nsi, however, called on the national leadership of the APC to ensure transparency in the screening of National Assembly aspirants from Ebonyi, especially those from the Ebonyi South senatorial district.

He also called on women organizations and rights activists to intervene to ensure that the screening committee was not compromised or biased against Agom-Eze.

“The action of the perpetrators emanates from the fact that Agom-Eze is a female aspirant; this further disenfranchises her and other women from participating in politics and negates the inclusion of women,’’ Nsi stated.

“It has come to our notice that some influential members of the APC in Ebonyi, particularly in Ebonyi South, have infiltrated the APC screening committee.

“Their intention is to have Agom-Eze screened out and disqualified at the primary election.

“It has also come to our notice that the perpetrators have hatched plans to remove her Nomination and Expression of Interest forms and other credentials to disenfranchise her.

“It has also come to our notice that her security can no longer be guaranteed as she has been inundated with calls from different quarters insisting that she withdraws without delay.”

Nsi recalled that Agom-Eze ran in the primary senatorial election in 2018 for the 2019 election in the same senatorial district and was not disqualified, harassed, or intimidated.

Agom-Eze, former Permanent Secretary, Ebonyi Ministry of Lands, Survey and Housing is the only female aspirant from any political party contesting election in the senatorial district.

She is from the same senatorial district as Gov. Dave Umahi.

A credible source in Ebonyi APC, however, told NAN that there was no cause for alarm as the screening of candidates would be held in Abuja.

He assured that the screening committee for Ebonyi would discharge its functions without interference.

“Every aspirant who has met all requirements for the screening need not worry.

“We are a party founded on sound democratic principles and practices and I assure aspirants that the screening committee will be fair to all,’’ the source said.