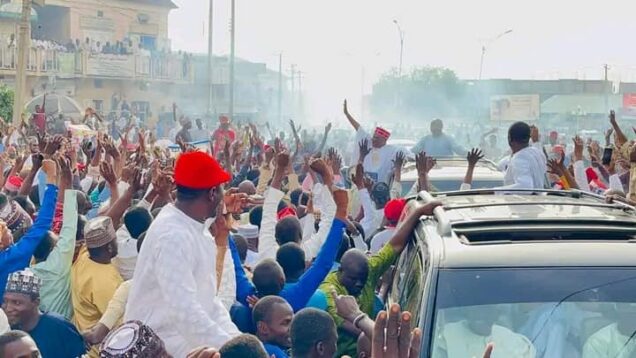 I5 lawmakers in the Kano State House of Assembly have now defected to the New Nigeria Peoples Party (NNPP).

The defections involve key political players which include Alhaji Zubairu Massu, the deputy speaker of the Kano State House of Assembly.

He defected from the All Progressives Congress (APC).

10 PDP and three APC lawmakers also defected to the NNPP on Friday.

The lawmakers announced their decision in separate letters sent to the Speaker, Alhaji Hamisu Chidari, on Friday in Kano.

The Director of Press and Public Affairs of the assembly, Malam Uba Abdullahi, said in a statement that the speaker, after receiving the letters, officially congratulated them and wished them well.

According to the statement, Ali Ibrahim-Shanono, the member representing Bagwai/Shanono constituency, has also defected to the NNPP.