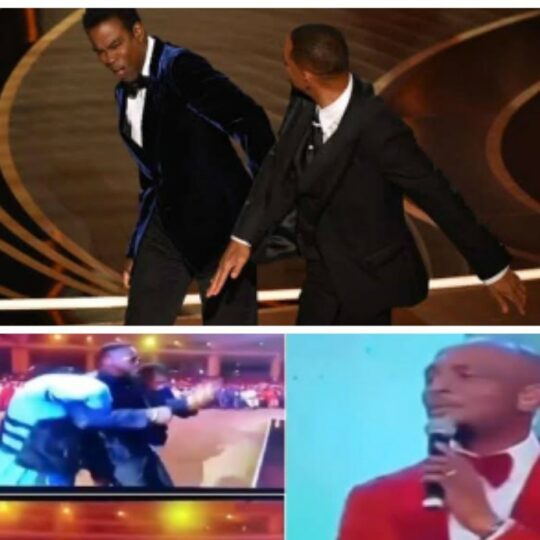 However, this time, it was to make the audience laugh and the purpose was truly achieved.

It all started after the host, IK, took a swipe at Okanlanwo.

IK said the Covid-19 pandemic brought out the ‘hustling spirits’ in some actors and mentioned Okanlawon.

The host said Okanlawon became an estate agent during the pandemic and when the hardship got worse, the actor took a 9 am to 5 pm job.

Okanlawon, however, shouted from the audience, telling IK to shut it.

The actor later stood up and walked towards the stage to hit IK just like Will Smith did during the Oscars Award in March.

The security who were not sure if the moment was staged, however, held back Okanlawon.

But from the look and laughter from Okanlawon, the attendees at the event got the message and cheered the actor.

Watch the hilarious moment below: