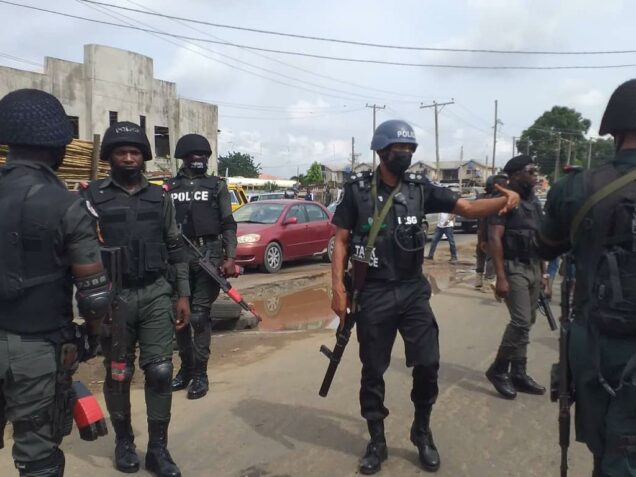 The Lagos State Taskforce has said it would embark on a massive clampdown and arrest of street traders in the coming weeks.

The taskforce reiterated its stand on zero tolerance to vices that have negative and harmful effects on the environment.

Chairman of the Agency, CSP Shola Jejeloye in a statement on Sunday briefed his officers on the need for them to expand their horizons and increase their output by carrying out the laid down assigned responsibilities as enshrined in chapter E6 Schedule Section 4(I) of the Lagos State Environmental Sanitation Law of the State.

He highlighted some of the vices to include displaying wares by the roadside, selling on kerbs, illegal blocking of streets to carry out the social activities, flagrant pollution of the environment, indiscriminate parking of vehicles on roads, usage of unapproved bus and Okada bus stop, street trading, illegal collection of fees on the highways and constituting of nuisance by serial offenders within the State,

Jejeloye urged his officers to carry out all-round operations in areas like Iyana-Ipaja, Oshodi, Ikeja Along, and Yaba, among others, where Lagosians were made to face unnecessary traffic jams and hardship caused by traders who displayed their wares on the road meant for easy passage of vehicles along that routes.

“It has become worrisome having to spend man-hour hours in traffic caused by unauthorized display of wares by traders on our roads thereby creating an artificial bottleneck. We have to put a stop to that by ensuring that activities involving buying and selling are taken off the roads and into the marketing complex designed for such,” Jejeloye stated.

According to him, “There are many instances where some street traders carry out their activities during the day and when it gets dark they pull out dangerous weapons like knives and sharp objects to rob motorists held up in traffic.

“If we can ensure that this issue is taken care of at the roots, it will drastically reduce the cases of traffic robbery being reported daily. We have received series of complaints from motorists and we will make sure these heinous acts become a thing of the past,” Jejeloye stated.

CSP Jejeloye assured Lagosians that the Agency would not rest on its oars in ensuring that sanity was maintained in all parts of the State.

“We are going to make series of arrests in the coming week and they will all be made to face mobile court immediately for prosecution. This will serve as a deterrent to others to desist from carrying out activities that are detrimental to others.

“The Roads, inner streets and Highways belong to us all and it is in our best interest to make sure we safeguard and preserve them for our use” he said.