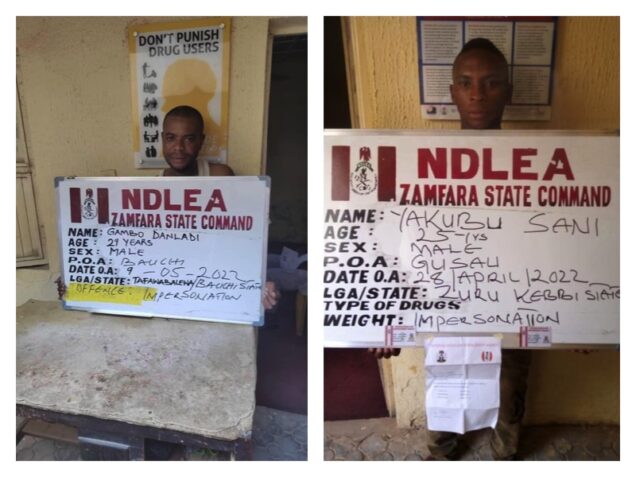 Operatives of the National Drug Law Enforcement Agency (NDLEA) have arrested five members of a syndicate, which conducts fake recruitment into security agencies.

They were arrested in coordinated operations in Zamfara, Kebbi and Bauchi state.

According to NDLEA spokesman, Femi Babafemi, leader of the gang, Yakubu Sani was first arrested in Gusau, Zamfara state.

His criminal gang issues fake NDLEA employment letters and identity cards to unsuspecting members of the public for the sum of N400, 000 per person.

A follow up operation in Zuru, Kebbi state led to the arrest of another gang member, Ibrahim Isah.

The other three, Dahiru Musa Limanchi, Gambo Danladi and Umar Abubakar were nabbed in Bauchi state.

He charged them and their compatriots across all Commands not to rest on their oars but should continue to aspire to beat previous records.