Why Akeredolu appointed our son as DG: Betty 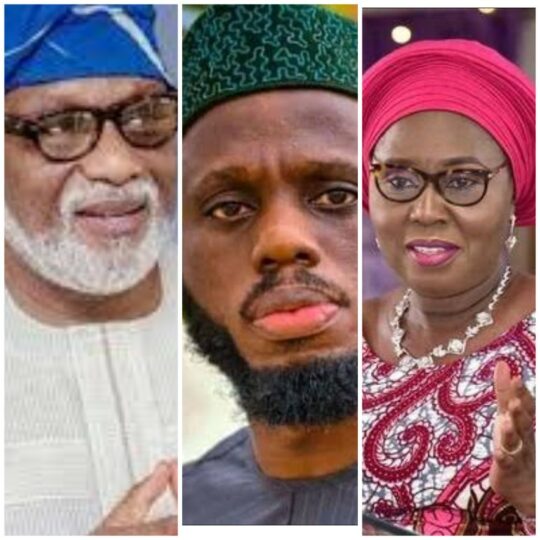 Why Akeredolu appointed our son Babajide as DG: Betty

The wife of Ondo State governor, Betty Anyanwu-Akeredolu, has given reasons why her husband Rotimi Akeredolu appointed their son Babajide as Director-General of the Performance and Project Implementation Monitoring Unit.

Betty, in an interview with Punch, said Akeredolu took the decision because it was time for youth to take over.

According to her, the accusation that her husband has turned governance to family affairs is not valid.

Betty said: “Some say your husband, the Governor of Ondo state has turned governance into a family affair after he appointed his son as Director-General of the Performance and Project Implementation Monitoring Unit. Do you think the choice of Babajide Akeredolu is justified as PPIMU DG?

“To start with, I don’t you if you heard about youth o’clock? There has been that clamor for youths to come on board. And the governor has a son who has demonstrated in a very profound way his competence; do you now leave him just to satisfy what? And again, you know in politics you need someone you can trust; someone that when you are moving in front, he won’t stab you in the back. I am sure you heard about the issues with him and his former deputy; a deputy that the governor trusted like a son. You tell Mr. Governor, do this, he would say go to the deputy governor, yet the deputy governor betrayed him. Once beaten is twice shy.”

Betty also insisted that the position of her husband as a governor will never stop her ambition to represent Imo East Constituency in the Senate.

She said: “My husband being a governor should not affect my aspiration to become a senator. You know that the mistake that people make is that they are saying that after being First Lady, she wants to be senator. Look at our people’s mentality. I am saying that Emeabiam is a forgotten community and somebody is telling me that I am a First Lady. Because I feel that’s not how governance should be. Governance is about people caring for the well-being of people without exception.”