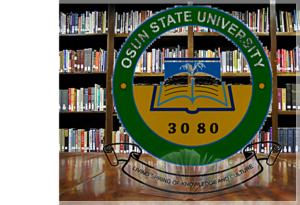 In an interview with the News Agency of Nigeria (NAN) in Osogbo, Olaosebikan explained that the suspension of the institution’s ASUU chapter by the national body was what had prevented its members from joining the nationwide strike.

He said that the chapter, however, was working on its reinstatement and would join the strike immediately the suspension was lifted.

“Currently, Uniosun is not on strike. The reason is that we are currently on suspension by the national body.

“ASUU has a set of disciplinary procedures. In 2020, some members of ASUU Uniosun broke ASUU strike which led to the suspension of the branch by the National Executive Council of ASUU.

“We are still processing our application for reinstatement and as soon as that application succeeds, we are definitely going to join the national strike,’’ he said.

The acting chairman said the demands and agitation of ASUU affected all its members.

“It is only one ASUU and we all believe that we need to join the national strike so that government can listen to the agitation of our members.

“As soon as our application is considered and we are reinstated by the national, we are definitely going to join the struggle,’’ he said.

Olaosebikan said that the suspension period of the Uniosun branch had almost lapsed, so its members were looking forward to joining their counterparts in other universities in the struggle.

“We have observed the duration of the due date and we have been asked (all members of ASUU Uniosun) to pay a fine.

“We have gathered the money and as I am talking to you today I just signed the payment schedule.

“After payment, we are going to file the reinstatement application, attach the evidence of payment and forward to the national body of ASUU,’’ he said.

The acting chairman said that as soon as the national body approved their reinstatement, the Uniosun branch would join the strike.
(NAN)