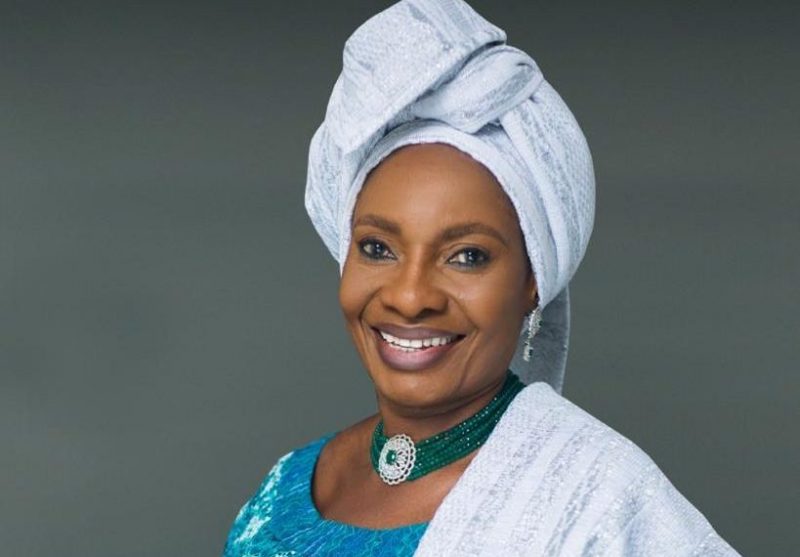 Like two of her colleagues, the Minister of Women Affairs, Minister Pauline Tallen has announced that she is no longer interested in pursuing her senatorial ambition despite attending a farewell event for members of President Muhammadu Buhari’s cabinet members interested in contesting for positions in the 2023 election.

Tallen had on May 8 announced that she will be vying for the Plateau South Senatorial seat in the 2023 general elections.

Buhari had at the last Wednesday meeting of the Federal issued a directive to all appointees seeking nomination ahead of the APC primaries to resign on or before May 16.

The directive followed the decision of the Court of Appeal to dismiss a suit that challenged section 84(12) of the Electoral Act, which prohibits appointees from participating in a convention as a delegate or nominee.

Consequently, the presidency had organised a farewell event for the cabinet members who had indicated interest in contesting for the various positions presided over by President Buhari at Aso Rock presidential villa last Friday.

Tallen was one of the cabinet members who attended the farewell event.

President Buhari had said he will replace the departing ministers immediately.

However, two of the attendees, Ngige, who had indicated interest in contesting for the presidency and Malami who was planning to become the next governor of Kebbi State indicated that they are no longer interested in pursuing their presidential after the valedictory session later on Friday.

They said they will rather remain in office as members of President Buhari’s cabinet.

In a statement in Abuja on Monday, Tallen said she is also no longer interested in pursuing her senatorial ambition and will instead remain in office as minister.

She said her decision was to enable her focus on the foundation laid towards the advancement and realisation of gender equality in leadership positions in the country.

” With profound gratitude and great humility, I have decided to voluntarily step down from the Senatorial race sequel to the yearnings of Women and other well meaning Nigerians.

” Who see the need for a strong voice for Women at the Senate having consulted widely with my family, well-wishers and supporters conscious of the role I play for Women in Nigeria today.

“So to all Nigerian Women and young girls who have raised concerns as to what next, rest assured that I, Dame Pauline K. Tallen, OFR, KSG have not submitted any resignation letter.

“And therefore, it is my decision not to go ahead with this request but carry on as the Minister of Women Affairs,”she said.

According to her, President Buhari’s commitment to the advancement of Women, necessitated the need for her to continue as the minister, which will aide in addressing challenges affecting women and children.

” Our nation has a long standing commitment in overcoming the challenges that inhibit women from bringing about positive changes and the requisite impacts when given a place at the table of decision making.

” My appointment as the Minister of Women Affairs is indicative of this progress and I cannot lose sight of this opportunity,” she said.

The minister, therefore expressed her appreciation to the wife of the president, Dr Aisha Buhari, her constituency and all well-wishers for their continuous support.

With reports from NAN