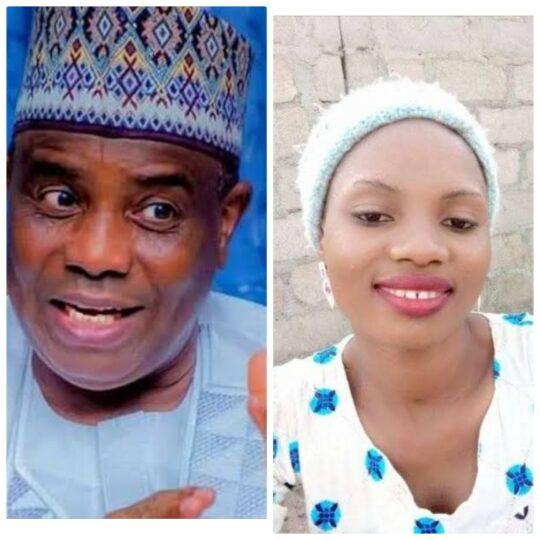 Diversity Bridge Builders Collective (DBBC), a coalition of advocates for true inclusion, zero prejudice and peaceful coexistence, has said that Governor of Sokoto state, Aminu Tambuwal, should not be vilified over the unfortunate developments in the state, arising from the heinous murder of Deborah Samuel by some irate Muslim youths.

Miss Yakubu, a student of Shehu Shagari College of Education, Sokoto, was killed by a mob over allegations of blasphemy against the Muslim religion and the subsequent arrest of some of the alleged perpetrators led to protest in the Sokoto metropolis, that has necessitated a declaration of a 24-hour curfew by the state government.

Apart from the curfew other measures initiated by the Governor, aimed at addressing the matter are said to be afoot in the state.

DBBC in a statement on Monday in Abuja by its national coordinator, Dr. Fend Mancha, however, what’s happening in Sokoto since the sad incident, especially the tendency in some quarters to turn the protest into a violent riot and wanton destruction, is reprehensible and every religious or political leaders in the region and Sokoto in particular, must come together to ensure the restoration of peace and unity amongst the people, irrespective of faith and ethnicity.

He said that though Governor Tambuwal is a politician with presidential ambition, the developing incident in his state should not be politicized in an attempt to either hurt his aspirations or used to secure political capital by political adversaries to the detriment of the people.

Mancha noted in the statement noted that religious matters in the northern states are always very delicate and sensitive, thus, must be handled with tact and utmost diplomacy, else they lead to more grave problems of catastrophic dimension that may not be in the interest of the people.

It therefore appealed to people to be more circumspect, in making inflammatory conjectures and utterances, but rather appreciate the efforts of the governor, rally round him and the people of Sokoto state in pursuit of lawful resolution of the issues.

According to DBBC, the proactive steps taken so far, by the governor in declaring a 24-hour curfew and other steps, in conjunction with religious leaders in the state to prevent further breakdown of law and order, should be supported and commended, just as the respected Catholic Bishop of Sokoto Diocese, Dr. Hassan Kukah and the Northern Governors’ Forum, have done in their respective recent statements.

Dr. Mancha insisted that while it is the responsibility of government to protect lives and property of the citizenry, “security in our society, should be the business of everyone, because every act of insecurity affects everyone in the society, either directly or indirectly.

“We must, therefore, not play politics with the security and peace of the people. What has happened is of grave concern to every well meaning Nigerians, irrespective of faith. And we think that this is the time for all of us to talk to our conscience and preach the true message of love, peaceful coexistence, respect for one another and tolerance. This is not just all about religion and our different faiths. It’s about humanity. It is about sacredness and sanctity of life. It is about law and order. It is about peace, without which no meaningful development or politics would be possible.

“As a people, let us preach and reinforce these ideas for peace, stability, unity and sustainability of our nation, rather than negative politics with the intention to hurt one another for selfish interests,” Dr. Mancha said.