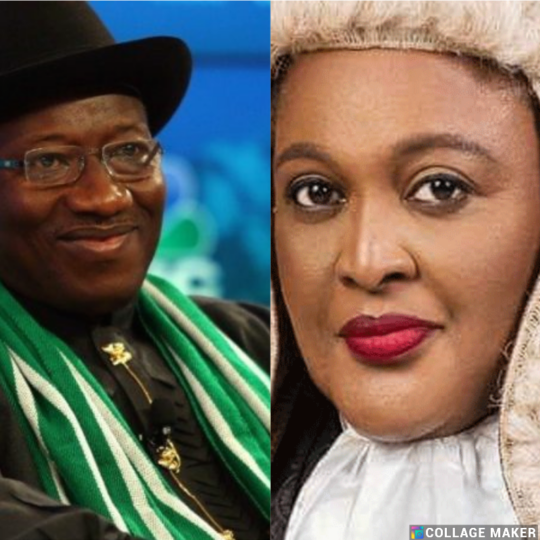 Former President Goodluck Jonathan has congratulated Justice Mary Odili on her 70th birthday and retirement from the Supreme Court.

In a goodwill message he personally signed, Jonathan described Odili as a dedicated Justice and shining example in public service.

“I congratulate Hon. Justice Mary Odili, on the occasion of her 70th birthday and retirement from the Supreme Court after a meritorious public service.

“She is an exceptional judicial icon whose service at the bench will continue to be referenced as a result of her sense of balance, fairness, integrity and confidence in the nation’s judiciary.

“She is leaving the bench as an eminent jurist. Her devotion to duty took her to the peak of her career, having served creditably as a magistrate, high court judge and justice of both the Appeal Court and the Supreme Court of the land.

“Her support for women, advocacy for legal reforms and crusade for positive change in the society are part of her legacies that will continue to endure, long after she had left service.”