Man. United 'ready to break the bank' for Victor Osimhen 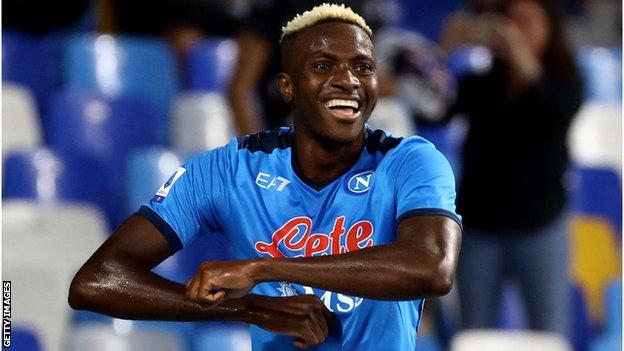 According to Gazzetta dello Sport, the English Premier League giants are ready to pay about N60.6m weekly.

Prior to this deal, Osimhen has been the subject of multiple transfer reports. Major Premier League sides like Liverpool, Arsenal, Newcastle United and Manchester United are all vying for his signature following his impressive season in the Italian Serie A with Napoli.

Osimhen joined Napoli in the summer of 2020 for €80m with ads-on and has a contract with the Naples-based club until 2025.

Though reluctant, Napoli is open to his sale this summer, but will reportedly seek a whopping £85m (€100m) for his services.

In 2020, he signed with the Parthenopeans making him Nigeria’s most expensive player.

Although the Parthenopeans rejected Manchester United’s first offer, talks are underway for a swap deal with Anthony Martial in tow.