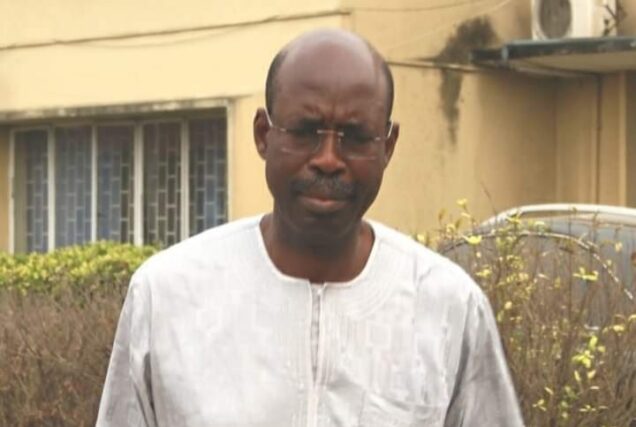 The Economic and Financial Crimes Commission, EFCC has insisted that a Lagos businessman, Fidelis Umukoro, facing trial in an alleged N164 million fraud , diverted funds from A& P Foods Limited to other companies without being lawfully authorised to do so.

Counsel to the EFCC, T.J Banjo, on Monday, May 16, 2022 told Justice Mojisola Dada of the Special Offences Court, sitting in Ikeja, Lagos, that Umukoro allegedly diverted the funds when he was the authorised signatory to the account of A& P Foods Limited.

While being cross-examined on Monday, the prosecution alleged that the defendant diverted the funds to Raremax Global Investments Limited, where he was a former Managing Director, and to other companies in which he had interest in.

Umukoro was in the dock to defend himself as a defence witness, and was confronted with several portions of the statements he made to the EFCC in the course of the investigation into the alleged offence.

Specifically, he was made to read from his statements in part thus: “I am the MD of Raremax Global Investments Limited… The funds of N164.8 plus million were paid in piecemeal and direct for project which was owned by my related companies…”. His statements were admitted by the court as Exhibit P3, according to a release issued by EFCC’s spokesman, Wilson Uwujaren.

After the cross-examination, defence counsel, P.O. Ogunnubi, informed the court that he was closing its case.

Umukoro was arraigned by the Economic and Financial Crimes Commission, EFCC, on February 11, 2020 alongside Raremax Global Investments Limited, a company linked to him, on a six-count charge bordering on conspiracy and stealing.

One of the counts read: “Fidelis Umukoro and Raremax Global Investments Limited, sometime in the month of March 2018 to April 2019 at Lagos, within the Ikeja Judicial Division, conspired among yourselves to steal the total sum of N164,960,829 (One Hundred and Sixty-four Million Nine Hundred and Sixty Thousand Eight Hundred and Twenty Nine Naira Only) property of A & P Foods Limited.”

He pleaded “not guilty” to the charges, prompting the commencement of his trial.

Umukoro, had, through his counsel, filed a no-case submission, after the prosecution had closed its case. However, the trial judge dismissed the no-case submission as lacking in merit and also ordered the defendant to open his defence.

Justice Dada adjourned the matter to July 13, 2022 for “adoption of final written addresses”.