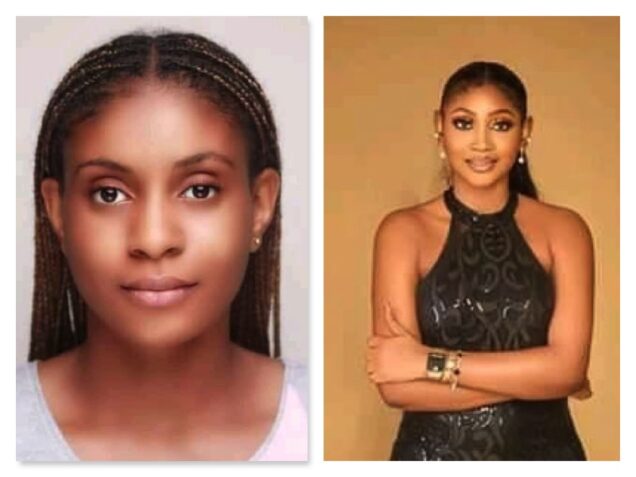 The police in Abuja have cracked the murder in April of the female National Youths Service Corps (NYSC) member, Stephanie Terungwa.

The police on Tuesday paraded three suspects connected with the murder, which was masterminded by Jennifer Fani Tsembe, a former girlfriend of Stephanie’s husband, Edward Achado.

Jennifer, 26, was paraded along with Monday Simon (a.k.a Black) 36, and Solomon Abu, 35, all residents of Oguta lake Maitama area of the FCT.

Commissioner of Police, FCT Command, CP Sunday Babaji, revealed that Jennifer conspired with the other suspects and murdered the victim so as to be with the victim’s partner, Edward Achado.

The three suspects, the police said, have voluntarily confessed their involvement in the murder.

Stephanie was declared missing after leaving home in Logogoma, for her Community Development Service (CDS) in April.

She was later found d€ad 15 April, two weeks after in Maitama, with her body mutilated and face disfigured.

Her son, who was with her at the time, she was kidnapped, was found alive and well.

The police said Jennifer who was Edward Achado’s ‘estranged lover,’ poured corrosive substance on Stephanie in a bid to separate her from Edward.