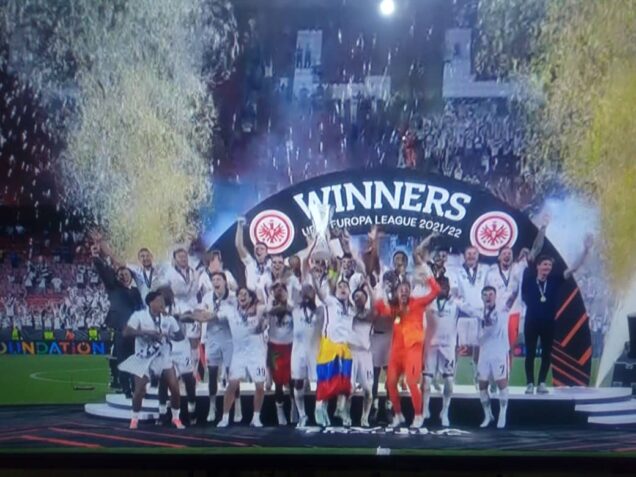 German side Eintracht Frankfurt have won the 2022 Europa League trophy after defeating Rangers 5-4 on penalty shootout.

The match ended 1-1 on duration time which necessitated an extra-time, which also produced no goal.

A shootout had to decide the winner of the encounter. Eintracht Frankfurt converted all penalty kicks while Rangers scored four of five kicks after Aaron Ramsey missed.

Nigerian striker, Joe Aribo gave Rangers the lead as he got to the ball on the edge of the box after a huge mistake by an opponent and slammed it into the back of the net.

Filip Kostic had fed Borre inside the box, who was unmarked and buried the ball in the bottom left corner.

Kostic had a chance to win the match for Frankfurt on 89 minutes as he found himself unmarked on the edge of the box, but he dragged his shot just wide of the right post.