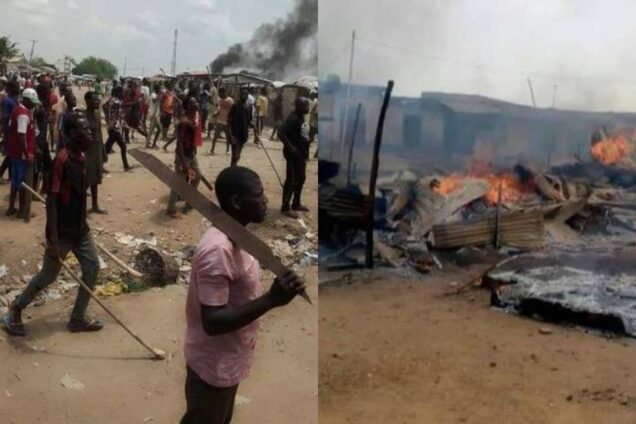 There was pandemonium on Wednesday at Dei Dei, a community in Abuja Municipal Area Council, Abuja as okada riders clashed with traders, with properties worth millions of naira destroyed.

It was gathered that a woman was reportedly knocked down by an okada rider which led to her death, sparking off massive clash.

Properties worth millions of naira were destroyed during the mayhem.

The clash is assuming ethnic colouration pitching the Hausas and Igbos in the area.

Unconfirmed sources said five people have been killed in the clash.

Social media users are calling on the police to act promptly as houses and shops were being set ablaze by okada riders.