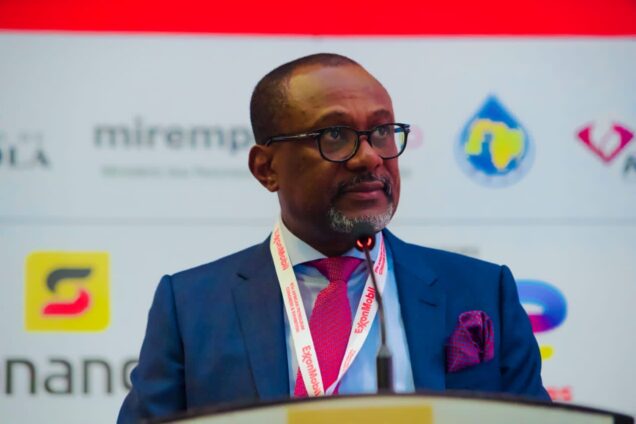 They also advocated deliberate investment in Research and Development, with the focus on building a more realistic economic framework for sustainability and professional capacity across the African continent.

Championing the call was the Executive Secretary of the Nigerian Content Development and Monitoring Board (NCDMB), Engr Simbi Wabote while moderating a Local Content Session at the ongoing 8th African Petroleum Congress & Exhibition, CAPE VIII, holding in Luanda, Angola.

Illuminating on the theme, “Energy Transition: Challenges and Opportunities in the African Oil and Gas Industry,” Wabote expressed worry that if all International Oil Companies (IOCs) cut off their funding and technology from Africa, the continent would be stranded.

He called for strategic and sustainable collaboration and partnership between African Petroleum Producing countries to drive the process.

The NCDMB boss noted that Africa’s oil is fast becoming a non-existential item, adding that the continent must now explore strategies to address the challenges of producing its hydrocarbon resources, create financing and technology, especially by leveraging on Research and Development.

While encouraging Angola and other petroleum producing countries to work towards creating a fund to support the development of its hydrocarbon resources, he stressed that to drive development in Africa, “Oil and Gas producing countries, especially in the light of the global energy transition away from fossil fuels,” must prepare adequately.

“How prepared is Africa to produce, process and market over 120 billion barrels of Oil reserves and 500 trillion cubic feet of gas without western technology, finance, expertise and market,” he added.

The four-day Conference was declared open by the President of Angola, João Manuel Gonçalves Lourenço. In his keynote speech at the Opening Ceremony, the President elucidated on the concerns of Angola, Africa’s Oil and Gas producing countries, and the current drive to limit investments in the sector because of the effects of climate change.

The Congress is organized by the African Petroleum Producers Organization (APPO), the Government of the Republic of Angola and AME Trade Ltd. There is also Support from the Minister of Mineral Resources, Petroleum and Gas, Angola and ANPG (Agencia Nacional de Petróleo, Gás e Biocombustiveis)

Led by the Ministry of Mineral Resources and Petroleum, the National Oil and Gas Company (NOC), Sonangol, and the national regulator, the National Petroleum, Gas and Biofuels Administration (ANPG), Angola seeks to promote investment and development in many aspects of energy, as the country is poised to enter a successful new hydrocarbon era that is a model for other resource-rich countries in Africa.

According to the organizers, the CAPE VIII Congress will be the ideal platform for Africa’s leading Oil and Gas producers to confront the foregoing challenges and engender solutions to maximize its oil and gas resources.

Amid the drive by developed economies towards decarbonisation and net-zero policies, energy stakeholders will have the opportunity to reinforce the case for regional integrated supply chains and pooling resources to leverage the catalytic power of hydrocarbons in a sustainable manner.

A Local Content Session held on day two of the Congress, sponsored by Brimont Angola focused on the “Review of policies and progress on implementation of local content in #Africa”.

The session, moderated by Engr Wabote, provided an opportunity to highlight developments and progress made on domestic content development in African Oil and Gas producing countries, especially in the light of the global energy transition away from hydrocarbon fuels.