I want to help those who are extremely poor in Nigeria: Tinubu 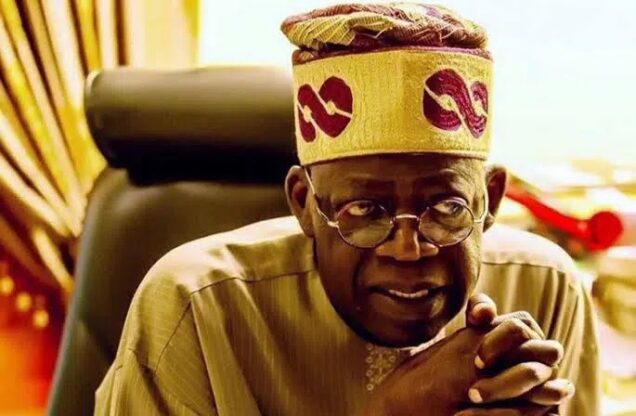 Alhaji Bola Tinubu, a national leader of the All Progressives Congress (APC) and a presidential hopeful of the party, said his major aim is to help those who are extremely poor in Nigeria.

Tinubu stated this in Bauchi on Wednesday when he met with the delegates of the party.

He told the Bauch delegates that he would win the presidential election with their support.

The former governor of Lagos state also said he wanted to serve Nigeria and make it change for the better, hence his decision to contest the exalted position.

He said: “Let me greet and appreciate all of you who have been waiting here for a long time while we were perambulating the city of Bauchi.

“I am one of those running to become the president of the Federal Republic of Nigeria and I am very sure, with your support, I will win.

“I’ve demonstrated my capacity, quality, and brilliance in governance in Lagos state. I’ve been a very successful private sector person and joining politics is not a joke in an experience, it’s not a small thing.

“I am a serious-minded man. Those who rule Lagos now will testify that it’s a different nation within the country,” he said.

He, however, called on all members of the party in the state to be united and shun any form of animosity or differences for the success of the party.

The APC presidential hopeful added that he had observed that members of the party were not as united as he had anticipated, adding that he would do anything possible to develop unity among them.

“If you decide to work together, nobody can beat you in Bauchi.”