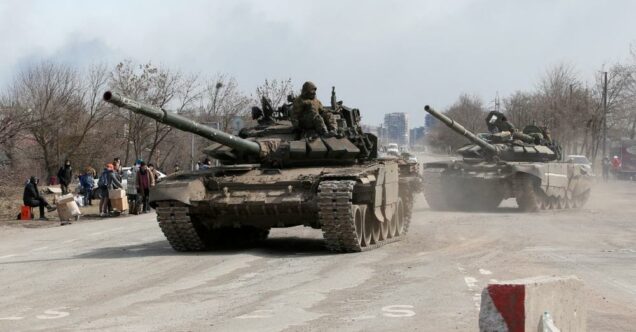 “Russia is leading this war with another terrible and forceful weapon – hunger and deprivation.

“By blocking Ukrainian ports and destroying silos, streets, and railroads, Russia has launched a grain war, stoking a global food crisis,” Baerbock said at a foreign ministers’ meeting at the United Nations (UN) in New York.

“It is doing so at a time when millions are already being threatened by hunger, particularly in the Middle East and Africa.
“They are threatened due to the devastating effects of the climate crisis, due to the Coronavirus pandemic, due to conflicts raging in their own regions.”

According to the German government, Russia is blocking the export of 20 million tonnes of grain from Ukraine, primarily to North Africa and Asia.

Much of it is being blocked at Odessa port.

Ukraine is one of the world’s biggest producers of grain.

UN Secretary General Antonio Guterres stressed the importance of bringing Ukrainian grain as well as food and fertiliser produced by Russia and Belarus into world markets.

Ukraine and Russia together produce almost one-third of the world’s wheat and barley and half of its sunflower oil, he said.

He added that the war in Ukraine could tip millions of people into food insecurity and cause “a crisis that could last for years”.

According to the UN, global hunger levels are at a new high.