Amaechi to Kogi APC delegates: Why I'll be a better president than Yahaya Bello 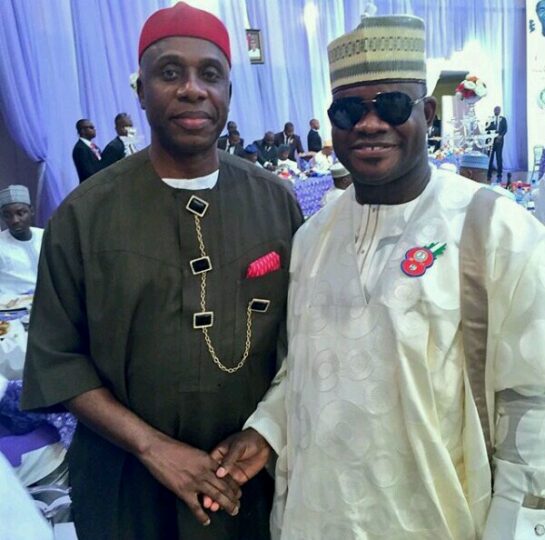 Former Transport Minister, Mr Rotimi Amaechi, on Friday told Kogi All Progressive Congress (AOC) delegates to support him instead of their governor, Yahaya Bello, at the party’s forthcoming Presidential Primary because he is a better candidate.

Amaechi made the appeal at Government House during his courtesy visit to Bello as part of his tour to the states to canvass for votes.

According to the former minister, Nigeria needs a person like him to rescue it and steer it to greatness for the good of all citizens.

“I am young, but much older and stronger as well as more experienced than your governor, who is also aspiring for the nation’s exalted seat.

“I am more experienced because I became a governor at age of 32 and minister at age of 50. Twice I was chairman of Speakers Forum and twice Chairman of Nigerian Governors forum,

“This has placed me above Bello and others as the most experienced and qualified to be president of Nigeria,” Amaechi asserted.

Responding, Bello, who was represented by his deputy, Dr Edward Onoja, expressed Joy with Amaechi’s visit to the state as a mark of recognition of the important roles the APC delegates in the state can play in the primaries.

“You’re a pragmatic former Minister, who did well while in office considering your achievements in the transport ministry.

“But one thing you should know here today is that Kogi people are so loyal to Nigerian President and Gov. Bello and will no doubt stick with Bello,” he said.

According to him, “we are ready to replicate the Victory we recorded in 2019 in 2023 general elections.” (NAN)