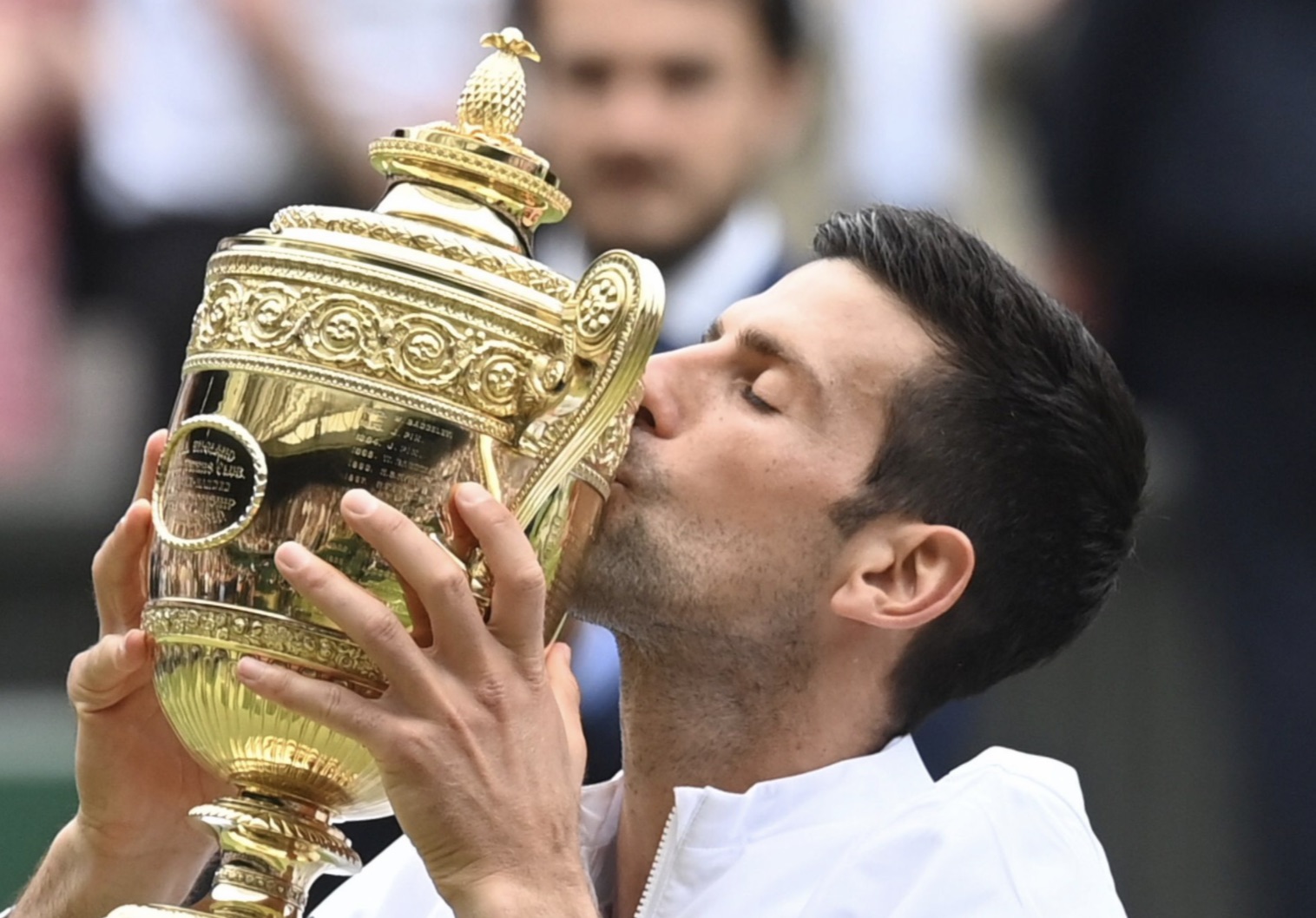 The WTA and ATP will not award ranking points for Wimbledon this year because of the All England Club’s ban on players from Russia and Belarus over the invasion of Ukraine.

The decision to award zero points for the matches was an unprecedented move that stands as a significant rebuke of the sport’s oldest Grand Slam tournament.

The WTA and ATP announced their decisions Friday night, two days before the start of the French Open — and a little more than a month before play begins at Wimbledon on June 27.

In a technical sense, this renders the event an exhibition, because there are no ranking points at stake.

Still, it remains Wimbledon, with its traditions and prestige, from the grass underfoot to the all-white clothing, from the Royal Box to the strawberries and cream, not to mention millions of dollars in prize money, and so the expectation is that everyone eligible to enter will do so.

Russian athletes have been prevented from competing in many sports, including soccer’s World Cup qualifying playoffs, since the country began attacking Ukraine in February. Belarus has aided Russia in the invasion.

The All England Club said in April it would not allow Russians or Belarusians to compete, which drew immediate criticism from the WTA and the ATP, along with some prominent players, such as defending champion Novak Djokovic.

It will bear watching how this whole episode affects the relationships among the various entities that have a say in the way tennis is run.

“The ability for players of any nationality to enter tournaments based on merit, and without discrimination, is fundamental to our tour,” the ATP said in a statement.

“The decision by Wimbledon to ban Russian and Belarusian players from competing in the U.K. this summer undermines this principle and the integrity of the ATP ranking system.”

Saying it made this move “with great regret and reluctance,” the ATP added: “Our rules and agreements exist in order to protect the rights of players as a whole.

“Unilateral decisions of this nature, if unaddressed, set a damaging precedent for the rest of the tour. Discrimination by individual tournaments is simply not viable on a tour that operates in more than 30 countries.”

A statement attributed to WTA Chairman and CEO Steve Simon and released by that tour Friday said, in part: “Nearly 50 years ago, the WTA was founded on the fundamental principle that all players have an equal opportunity to compete based on merit and without discrimination.

“The WTA believes that individual athletes participating in an individual sport should not be penalized or prevented from competing solely because of their nationalities or the decisions made by the governments of their countries.”

In addition, the International Tennis Federation said Friday it would not grant its ranking points for the junior and wheelchair events at Wimbledon this year, explaining that “tournament organizers are not permitted to unilaterally impose entry criteria.”

The All England Club sent a statement via email expressing its “deep disappointment” at the removal of ranking points, calling the tours’ position “disproportionate in the context of the exceptional and extreme circumstances of this situation and the position we found ourselves in” and terming it “damaging to all players.”

The club reiterated the two main ways in which it previously defended the choice to bar Russians and Belarusians: It followed advice from the British government, and an unwillingness “to accept success or participation at Wimbledon being used to benefit the propaganda machine of the Russian regime, which, through its closely controlled State media, has an acknowledged history of using sporting success to support a triumphant narrative to the Russian people.”

Among the prominent players affected by the ban are reigning U.S. Open champion Daniil Medvedev, who recently reached No. 1 in the rankings and is currently No. 2; men’s No. 7 Andrey Rublev; women’s No. 7 Aryna Sabalenka, a Wimbledon semifinalist last year; and Victoria Azarenka, a former No. 1 who has won the Australian Open twice.

Medvedev and Rublev are from Russia; Sabalenka and Azarenka are from Belarus.

They are all eligible to compete in Paris, and Medvedev deflected questions about the topic of Wimbledon’s Russia policy on Friday.