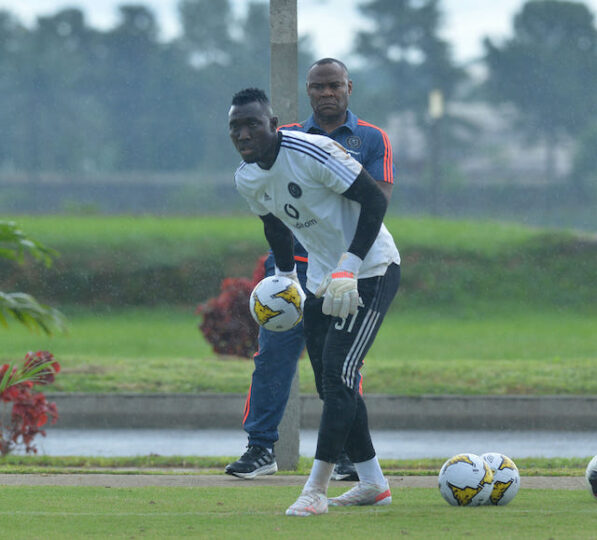 South African club Orlando Pirates will face Moroccco’s Renaissance Berkane in the CAF Confederation Cup final, to be played today in Uyo, the capital of Nigerian state of Akwa Ibom.

The Buccaneers from Soweto on the outskirts of Johannesburg said they aim to dispel the belief that they are easy preys for Moroccan rivals by defeating Berkane.

They had suffered a 5-1 aggregate hammering from Raja Casablanca in the quarter-finals of the second-tier African competition last season.

Having forced a 1-1 draw in South Africa, Raja powered to a four-goal lead at home before taking their foot off the accelerator and sparing the visitors further humiliation.

“There will be no repeat,” stressed Pirates Ghana-born goalkeeper Richard Ofori after a training session.

“We are going to Nigeria to win the final.

“I did not play against Raja but remember that match. The Moroccans were four goals ahead well before half-time. That was a huge stain on Pirates’ proud record in Africa.

“We do not underestimate Berkane, especially after they scored four goals to eliminate TP Mazembe (from the Democratic Republic of Congo) in the semi-finals.

“I appreciate that Mazembe had a player sent off late in the second half — but when last did any club in Africa score four against Mazembe?

“Pirates have had a poor domestic season and the only trophy we can win is the Confederation Cup. Supporters remember only winners and that is why we must succeed.”

Pirates lie seventh in a near completed South African Premiership already won by Mamelodi Sundowns, and made early exits from the two domestic knockout competitions.

The Buccaneers have reserved their best for the Confederation Cup, the African equivalent of the UEFA Europa League, particularly in north Africa, a region where they have often struggled in the past.

A 2-0 Group B win over JS Saoura in Algeria stood out, as did a semi-final first-leg victory by the same score against Al Ahly Tripoli in Libya.

If Pirates can recapture the form shown in those matches, they stand a chance of becoming the first South African winners of the Confederation Cup, after losing the 2015 final to Etoile Sahel of Tunisia.

“The 1995 heroes are fondly remembered. We want to achieve the same status,” said Ofori, who hopes to be at the 2022 World Cup in Qatar with qualifiers Ghana.

Berkane, known as the Orange Boys because they hail from the citrus-growing northeast of Morocco, are not as well known internationally as Pirates.

But they boast a proud Confederation Cup record, finishing runners-up to Zamalek in 2019 and beating another Egyptian club, Pyramids, in the following final.

They had a tougher path to the final than Pirates, topping a group where former African champions ASEC Mimosas of the Ivory Coast fell before ousting Al Masry of Egypt and Mazembe in knockout ties.

Ofori has made a huge difference since recovering from injury during this African campaign to solidify a defence that had been porous at times.

The biggest threat to Pirates could come from Youssef el Fahli, whose five goals, including a brace against Mazembe, make him the leading Berkane scorer in the Confederation Cup.

Like many of his teammates, El Fahli is tall and strong, and Pirates central defenders, including Nigerian Olisa Ndah, could face a torrid time as Berkane seek to exploit aerial power.

“It is going to be a very tactical final,” predicted Pirates co-coach Fadlu Davids.

“The winners will be the team that wants the trophy the most.”