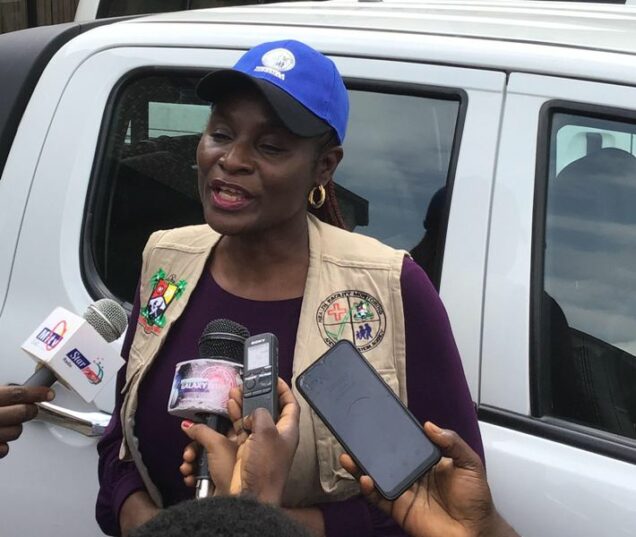 The Lagos State Health Facility Monitoring and Accreditation Agency (HEFAMAA) has said it shuts down 14 health facilities in the last four months.

The Executive Secretary of the Agency, Dr Abiola Idowu has reiterated the Agency’s commitment to delivering its statutory roles and responsibilities towards improving the health of the citizens.

Speaking in Ikeja, Lagos, Idowu disclosed that 14 facilities were shut down between January and April 2022 for various infractions, including quackery, operating beyond schedule, lack of qualified medical personnel as well as non-registration of facilities and lack of basic medical equipment.

She said among the sealed facilities were Felobam Alpha Convalescent Home located at 15, Adesanya Street, Mafoluku, Oshodi and Medville Global Health Center at 1, Bashiru Street, off Lateef Adegboyega Street, Ago Palace Way, Okota where Mrs. Fatima and the wife of one Mr. Triplem C. Mchaty passed on respectively.

On the response of the Agency when it received the news of the death of the two women, Idowu who was represented by a Director, Dr. Godswill Iboma explained that the Agency swung into action the moment the news filtered in.

“With the support of the Commissioner for Health in the State, Professor Akin Abayomi, investigations were conducted and the two facilities were shut down to allow for thorough inquiries.” The Executive Secretary.

She added that the nursing officer who performed the surgery was referred to the Lagos State branch of the Nursing and Midwifery Council Committee for disciplinary action.

Idowu explained that contrary to a report in one of the national dailies, the Agency had not relented in its regulatory role of monitoring health facilities across the State for qualitative service delivery to the citizens.

She revealed that the agency recently held series of workshops with regulatory bodies, professional associations and relevant stakeholders in the sector to validate draft guidelines for some categories of health facilities in the State to serve as a benchmark against which services can be measured, and a framework for existing facilities to review and improve their service provision.

“As part of our effort to protect the health of the people in Lagos State, the Agency developed draft standards for over twenty categories of health facilities in the State.

“The draft standards are an improvement over the standards stipulated in the Health Sector Reform Law of 2006 which is presently under review. Fourteen of the standards have so far been reviewed and validated with the relevant stakeholders while the review meetings for the remaining eight standards will soon be organized by the Agency,” she explained.

Idowu explained that the Agency visits each facility at least twice a year to assess their processes, personnel, equipment and environment to ensure they were in line with the set standards as stipulated by the Health Sector Reform Law (HSRL) of 2006.

She added that in 2021, the Agency carried out sensitization campaigns and town hall meetings in the five divisions of the State to inform and educate the public on its roles and responsibilities as well as sensitize them on the need to cooperate and support the government in its fight against quackery and poor-quality health care services by reporting illegal and unprofessional activities to the Agency

. While assuring that the sensitization campaign would be intensified in 2022 and beyond to create more awareness, she stressed that the Agency’s social media platforms and dedicated phone numbers (09015637023, 09057273396, 0812704228) serve the purposes of informing the people as well as getting feedback from them.

She advised owners and operators of health facilities in the State to carry out their operations in accordance with the set standards to actualize the vision of the present administration in improving the quality of healthcare provisions to the citizens.